There has been a growing number of voices calling for an end to New Zealand’s elimination strategy in the fight against Covid-19. Much of it comes from impulsive media ‘shock-jocks’ through sensationalist but misleading sound-bytes claiming that it has failed. Some of it is more measured and cautious but misses the boat by suggesting that the Government is considering a backdown.

But the most prominent has been former Prime Minister John Key in a Sunday Star Times column (26 September). Without specifically referring to it, he makes a blatant attack on the elimination strategy.

Key begins with an absurd unfavourable comparison with the remarkable American Apollo 13 space recognition mission in 1970. Then, in sound-byte style, he denigrates New Zealand’s Covid-19 response as being akin to a smug hermit kingdom and North Korea, and driven by the use of fear.

Putting political and ideological agendas to one side, much of this apprehensive comment comes from a misunderstanding of what the elimination strategy is suggesting it is an outcome and equating it with lockdowns.

Elimination begins with stronger border controls strengthened by public health measures which range from the basics such as good handwashing to restrictions such as physical distancing and mask wearing.

Elimination doesn’t automatically equate to lockdowns. Lockdowns are the firmest response measure of last resort. In 2020 Taiwan managed to restrict its pandemic death rate to an extraordinary 0.3% per one million people without a lockdown. Ths was achieved by very quick effective measures, including border closures and widespread mask wearing; the latter was well-established through earlier epidemic experiences.

In 2020 lockdowns were very effective in New Zealand. But if they hadn’t been reinforced by ongoing border controls and public health measures (including later in the year masks) then they would have been ineffective. In Europe and North America, which largely followed a mitigation strategy, the gains of lockdowns were severely eroded with subsequent deadly pandemic waves.

The net effect has been that New Zealand is not only one of the few countries that continues to have a death rate of less than 100 per million; it is also one of the much fewer countries to have a single digit rate (5). Key ignores the significance of this achievement.

Contrary to John Key’s North Korea claim, New Zealand has been in lockdown much less than those living in other developed economies. As a consequence we have also had much more freedom. Further, our economic performance has been the best in the Organisation for Economic Cooperation and Development. Again Key ignores this significance.

The elimination strategy has also served New Zealand well in responding to the more contagious and therefore more deadly Delta variant. It halted the exponential growth that is presently running riot in New South Wales and Victoria (the rest of Australia avoided this by following the elimination strategy).

While Delta is leaving a long tail difficult to completely eliminate, the trend is currently bouncing around with daily cases ranging from 9 up to the mid-20s but overall downward and contained within Auckland.

It would have been safer to keep Auckland in Level 4 for a further week but moving to Level 3 isn’t necessarily unsafe. It is nevertheless a calculated risk. It would have also been better if, having moved to Level 3, there had been a requirement that those returning to workplaces be fully vaccinated while Auckland remains at this level.

Clearly there is a lesson to be learnt from the origin of Delta in New Zealand (New South Wales). Either we entered the now paused travel bubble with Australia too early or alternatively it should have only been available for the vaccinated on both sides of the Tasman.

What does 2022 mean for the future of the elimination strategy? This is an important discussion that is appropriate to discuss now. An example of a constructive contribution is the Sunday Star Times column (26 September) by economist Shamubeel Eaqub.

From my perspective it starts with vaccination levels. Evidence is emerging that high vaccination rates reduce but don’t remove the threat of Covid-19. Data is already emerging in the United Kingdom of increasing infections among school children following the end of the long holiday break. Singapore with an 80% vaccination rate is having to impose restrictions.

Broadly speaking the higher the vaccination rates the less restrictions of various forms will be required. This is illustrated by the modelling implications from Professor Shaun Hendy’s team misrepresented by the former prime minister as a fear tactic. The implications and caveats of this modelling are well-explained by Newsroom journalist Marc Daalder (24 September):

If vaccination rates reach a sufficiently high level (90% or higher) then it is possible to envisage some restrictions in place to combat community transmission, but without further lockdowns. In order to protect the rights of the vaccinated or the very young there may need to be constraints on the rights of the unvaccinated such as overseas travel and attendance at large gatherings.

But there is too much unknown about the pandemic. This time last year we didn’t know of the Delta variant. There are no shortages of high population countries elsewhere where the virus can further mutate into even more contagious variants next year. When John Key calls for a plan he means prescriptiveness including specific dates. That’s inflexible.

The elimination strategy may need to continue next year. But it also may evolve into an effective form of containment. Right now we can’t prescribe this; at best we can anticipate scenarios.

It is clear from John Key’s opinion piece is that had his approach to responding to Covid-19 prevailed in 2020 New Zealand would not have adopted and continued with the elimination strategy. Consequently thousands more New Zealanders would have died, we may have had longer but less effective lockdowns, and the country’s economic performance would be discernibly poorer. Using Key’s own turn of phrase we would have been much closer to his stereotype description of North Korea and the hermits would be much unhappier.

His opinion piece has attracted much comment but it fails to get to the first base as a basis for a constructive discussion about the future development of the Aotearoa’s Covid-19 response. 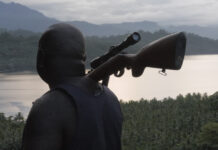 Behind the scenes investigation of Bougainville struggle for independence tops PJR 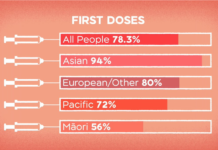 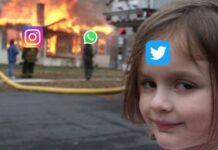 The Facebook outage isn’t the issue we should be talking about, what 60 minutes revealed is