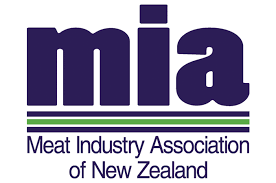 Sam McIvor, chief executive of Beef + Lamb NZ said the CPTPP was founded with a vision for regional agreement that provided for the accession of new members. Chinese Taipei’s application demonstrates the value of the agreement and its relevance to economies in the Asia-Pacific region.

“Chinese Taipei has been a longstanding and valuable market for New Zealand red meat products. Trade with Chinese Taipei was worth over $314 million in 2020, with trade in beef products worth over $170 million alone. This means that trade has almost doubled since the signing of the Agreement between New Zealand and the Separate Customs Territory of Taiwan, Penghu, Kinmen, and Matsu on Economic Cooperation (ANZTEC) in 2013.

Sirma Karapeeva, chief executive of the MIA said: “The growth of the CPTPP makes its membership even more valuable, and the industry sees its continued expansion as a pathway to further integrate trade within the region.

“The CPTPP has come a long way since its beginnings as the P4 agreement, including Brunei, Chile and Singapore and shows that by starting small, with likeminded partners, New Zealand’s trade policy is working.

“The continued growth of the CPTPP demonstrates the commitment to trade that the Asia-Pacific region has and sends an important message to the wider trade community including the WTO that trade rules continue to be important and there remains an appetite to expand these and build closer trade relationships.”