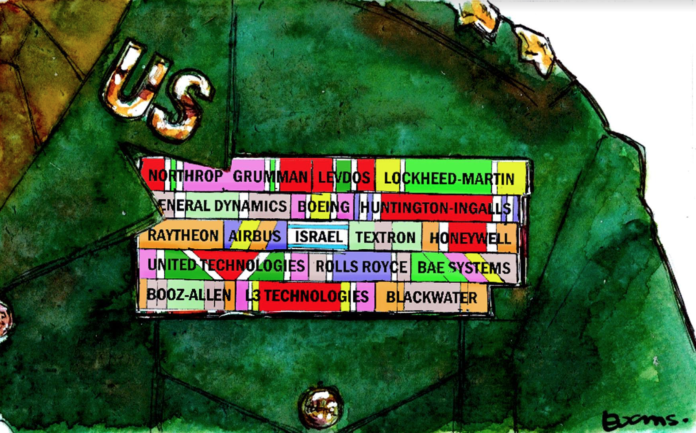 AUKUS is another fateful step towards World War 111. Why? Previous world wars resulted from the economic rivalry of the great powers to repartition the world. WW3 will be the consequences of the US bloc and Russia/China bloc driven to take their economic rivalry the political/military level.
The arrival of QUAD and AUKUS signifies the US ramping up its military containment of China because it is losing the economic contest. China (and Russia) have both made big economic gains against the US bloc in Eurasia, penetrating the EU and challenging European powers loyalty to the US. The defeat of the US in Afghanistan marks the failure of 20 years of US intervention to win control of Eurasia. Despite the defeat of the Soviet Union and opening up of China to US investment, China and Russia have emerged from these defeats, resisting re-colonisation by the West as rising imperialist powers challenging US hegemony.
The US in decline is forced to meet this strategic defeat in Eurasia, by rallying its remaining allies and recruiting new ones to contain the Russia-China bloc.
QUAD brings India, Japan and Australia into a closer political alliance with the US against China. AUKUS brings the historic Eurocentric, white supremacist nations, Australia, UK and US together in a military alliance focused on building a steel ring from India to Japan to contain China from expanding its influence in the Indo-Pacific.
Even as AUKUS was being announced, China applied to join the CPTPP, the trans Pacific trade pact between Japan, Canada, Mexico, Australia, Brunei, Chile, Malaysia, Peru, Singapore, Vietnam and New Zealand. China is seeking to advance its economic interests with countries that are increasingly dependent on trade with it.
The US, clearly failing to maintain its economic lead, is relying on military provocations to disrupt such plans. The prospect of military flashpoints such as in the South China Sea and Taiwan escalating into wider regional wars, dragging many other states into a conflagrations, is becoming more likely.
Revolutionaries need to make it clear that we reject imperialist wars between the two blocs. We are for the defeat of both in the event of war as the lesser evil. We resist our own nations involvement in such wars. Our policy is that the class enemy is at home and that we refuse enlistment to fight workers in other countries, and call for mutinies in the ranks, that raise the question of power – which class shall rule, the class that destroys nature and can only survive by wars, or the class that can unite workers internationally to overthrow that ruling class and create a socialist world.