According to SkyCity’s latest financial reports, the casino operator’s full-year profits have seen improvement despite its revenue having suffered because of COVID-19 lockdowns.

When you compare the company’s key financial numbers of the previous year and the year that ended in June, we notice that SkyCity’s net profit after tax last year was $235.4 million compared to the $156.1 million of this year.

Its normalized profit for last year was $66.3 million compared to the $90.3 million for this year. And its revenue has plummeted to $952 million from the $1.21 billion of last year.

SkyCity reports that the earnings of its flagship Auckland Casino have crumbled because of frequent COVID-19 lockdowns throughout the year. When Auckland Casino opened its doors to the public after lockdown, domestic tourists flocked in and helped bring revenue back to the pre COVID-19 levels.

SkyCity CEO Michael Ahearne says that the company’s financial results were great in a challenging and uncertain environment. He said that gambling at the local level performed well when all the restrictions related to the pandemic were removed, but businesses related to tourism like food and beverages, hotels, sightseeing, and international businesses suffered because of continuous closures of the domestic and international borders.

SkyCity performed very well in New Zealand, especially through its online gaming market. Business also picked up at its newly upgraded and renovated Adelaide Casino as South Australia was one of the states that did not have a major COVID-19 outbreak in Australia.

SkyCity Casino, the company’s online casino product that went live in 2019, licensed and registered in Malta in compliance with New Zealand’s gambling laws, was very successful. SkyCity Casino attracted more than 45,000 active players in two years since its launch by offering some of the best no deposit bonuses available in New Zealand.

SkyCity Online Casino began by dominating the New Zealand market, and today, its doors are open to players from all over the world. The aim of the company is “borderless entertainment,” to develop a revolutionary online casino business that prioritizes players.

Ahearne said that SkyCity had made all the required preparations and is waiting for New Zealand to legalize online gambling. He said that, in the absence of proper online gambling regulations, game providers and online casino operators may not prioritize the minimization of gambling-related harm. Many jurisdictions, therefore, are moving towards regulating online gambling for this reason.

He also said that the uncertainty and unpredictability of the current environment made it very difficult to provide earnings guidance in detail. He admitted that SkyCity was losing as much as $1 million per day in lost operational earnings because of COVID-19 lockdowns.

SkyCity Entertainment has so far not applied for a wage subsidy during the current COVID-19 enforced lockdown. The operator put in an application for the wage subsidy in 2020 and went on to repay some of it once it started bringing in profits again. As of now, the company intends to retain all its staff members.

During the latest wave of COVID-19, SkyCity’s Auckland Casino was also declared to be a place of interest, and this led to further loss and increased costs for the company.

At that time, SkyCity announced that it would isolate its staff and review surveillance footage to find out the exact location of the player who had tested positive for COVID-19. The company assured that it would collaborate with health authorities in tracing contacts and in deep cleaning its premises. It also contacted its customers and advised them to follow all health guidelines if they were present at the online casino at the time.

SkyCity also stands accused of violating anti-money laundering rules, and Austrac, the Australian financial regulator, is investigating the same. The company now has to set aside funds to cover any costs that might arise in the future because of these investigations.

When the company disclosed that Austrac is investigating it for an alleged breach of Australia’s anti-money laundering rules, SkyCity Entertainment shares fell by over 5% on the NZ stock exchange.

Austrac discovered the breach in 2019 during an assessment focusing on how SkyCity Adelaide managed customers identified as politically exposed and at high risk. Following this revelation, the company’s shares had fallen by 6.5% on the Australian Stock Exchange.

The company’s finances are now in good condition due to debt restructuring and funds raised through a share issue last year. However, one cannot say this early if the present COVID-19 lockdown will have any impact on the company’s ability to pay an interim dividend the following year. 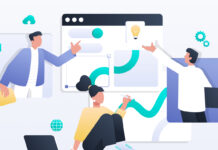 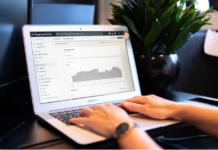 5 Steps To Picking The Right Business 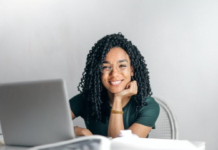 Legal And Ethical Sides Of Social Media Advertising, The Case Of Australia