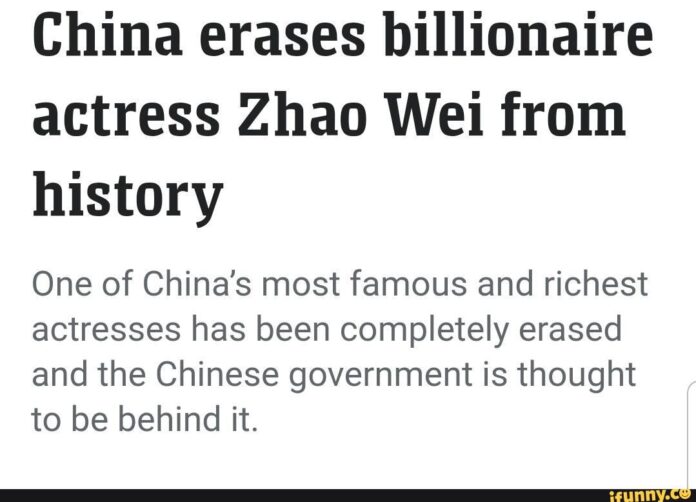 As the Delta lockdown absorbs our collective attention, the two super powers are imploding external to our myopic gaze.

China is the middle of a terrifying crackdown on society from screen time limits for children, attacks on feminine men who are decompressing China’s rigid masculinity and seismic amputation of China’s Big Tech Barron’s.

In every sphere of life, the Communist Party tolerates no second place be it computer games, gender roles or internet companies.

When you can simply erase actresses at will, you are showing your citizens you have the power to alter reality and that’s what this desperate crack down reeks off, an authoritarian regime panicking because it’s own people are ignoring it.

The news of a vast and systemic property bubble popping in China as these crackdowns begin is a pre-emotive move to scare the population before economic woes start a stampede.

This is what a brittle power does, not a super power.

In Texas, the true damage of Trump stacking judges is being felt with the insane law banning abortions after 6 weeks.

I’m so pro abortion, I’ll let you kill the baby two weeks after you birth it just in case you didn’t want it!

Facetious comments to one side, Trump’s stacking of right wing fanatics as Judges has created an ideological judiciary that is more akin to the Handmaiden’s Tale than a progressive democracy.

Trump’s toxic legacy will mutate law far more conservative than the people being forced to live under it.

Two heavens are imploding – navigating the event horizon of both black holes is the only survival.