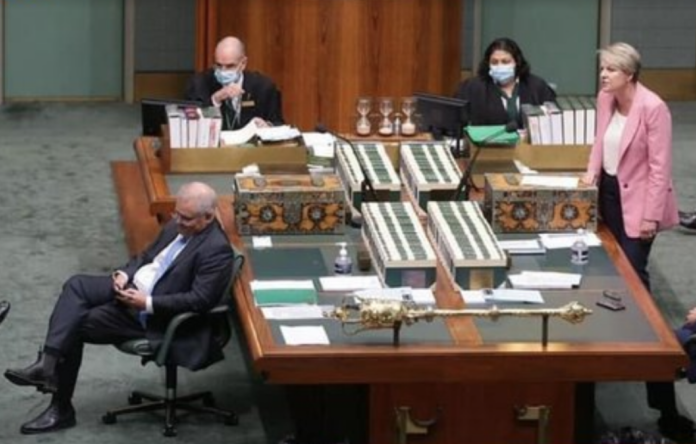 One thing the Covid-19 pandemic has highlighted is the importance of political decision-making. The adoption of successful elimination strategies to combat community transmission has occurred where governments, such as New Zealand’s, have accepted the advice of mainstream epidemiologists, infectious diseases specialists and other experts.

Governments that have gone for mitigation have done so through a mix of folly, incompetence and acceptance of the false dichotomy between health of their populations versus their economies (the reality is that elimination is better for an economy than mitigation as confirmed by New Zealand’s top ranking by the Organisation for Cooperation and Economic Development).

Another type of politics

But there is another type of politics – bad politics underpinned by cruel indifference for human life including of their own populations. Bad politics serves to enhance the opportunity for the virus to spread further and mutate into more deadly variants.

Although they are not the only ones, three exemplars of bad politics are Boris Johnson (United Kingdom), Donald Trump (United States) and Joel Bolsonaro. As of 3 September, their respective deaths per million were 1,983, 1,951 and 2,757.

These are horrific outcomes that were avoidable but for the callousness of their leaders. British journalist and activist Owen Jones has done a powerful video arguing that Johnson has committed crimes over the pandemic response and should be arrested: https://www.youtube.com/watch?v=JTQMPL9FnoI. With a little adaptation his video could be equally applied to both Trump and Bolsonaro.

On 24 August Australian Prime Minister Scott Morrison attacked New Zealand’s decision to go into lockdown under its elimination strategy. This was in response to the discovery of the first case of the highly contagious Delta variant which had arrived from New South Wales. He argued the lockdown could not work and likened it to living in a cave https://www.stuff.co.nz/world/australia/300389925/covid19-australian-pm-slams-nzs-approach-hits-back-at-state-opposition-to-covidnormal.

New Zealand was only a sideswipe for Morrison. His target was the country’s state premiers who at the time, with the exception of New South Wales, were following their own elimination strategies, most including lockdowns.

According to Morrison “Any state and territory that thinks that somehow they can protect themselves from Covid with the Delta strain forever, that’s just absurd…. New Zealand can’t do that. They were following an elimination strategy. They’re in lockdown.”

Where is the truth in Morrison’s narrative? Completely absent. According to Australian Department of Health statistics, on 5 September, Australia had 1,599 new locally acquired (community transmission) infectious cases over the previous 24 hours.

Of these. 1,485 (93%) were in New South Wales followed, far behind, by Victoria with 101. Surrounded by NSW, ACT had 13 cases. Queensland, Western Australia, Australia, Tasmania and Northern Territory all had zero. For context New Zealand, which was infected with the Delta variant weeks later, had 20 (declining from a high of 82).

The truth is that the states with zero infections had followed the elimination strategy including hard and fast lockdowns (Tasmania managed to keep Delta out so didn’t require a lockdown). Victoria has its own distinct experience which is discussed below. New Zealand’s encouraging response to date is following this successful pattern.

Ironically, given what has now unfolded, New South Wales had been a success story in the coronavirus fight. Prior to Delta, under Premier Gladys Berejiklian, there were real achievements. In 2020 the state had done well. Much of this was due to impressive contact tracing and testing capability that New Zealand public health specialists could only look to with envy.

When the pandemic started in early 2020, Prime Minister Morrison presented a plan to ‘live with the virus’ (ie, mitigation at best) only to be overruled by Berejiklian and fellow Premier Daniel Andrews, who locked down both NSW and Victoria respectively.

This was an interesting but encouraging dynamic given that while (like Morrison) Berejiklian was Liberal Party, Andrews was Labour Party. The other States and Territories quickly followed, leading to the elimination of Covid-19 community transmission shortly after New Zealand.

This revealed an unexpected strength of Australia’s federal system. With a prime minister out of his depth and indifferent to consequences, the states were able to effectively overturn what would have been a disastrous decision that would have led to a death rate of European proportions. Two of these states were led by premiers of the same party as Morrison (the second was South Australia).

But then Delta came, first to New South Wales. This was not surprising because the state takes the majority of returning Australians. By now Premier Berejiklian seemed to think that she could walk on water, in part driven by believing too much in the adoration of her political class. It led to high overconfidence by the time Delta was first detected in Bondi.

First, Berejiklian seriously delayed going to lockdown. Then her lockdown resembled a mix of the strengthened Level 2 that New Zealand (outside Auckland) has lowered to within four weeks of lockdown and Level 3, rather than Level 4 which she should have enacted.

Her lockdown wasn’t implemented across the whole state, didn’t clearly define what essential workers were, and didn’t shut down non-essential retail. This led to substantial movement of people and circulation of the virus at a time when it should have been stomped on.

One fatal effect was that the state’s exemplar contact tracing system was overrun by the massive increases in infections due to the contagiousness of Delta that had not been experienced before. Berejiklian is a classic case of believing that you can walk on water and then drowning.

Unlike the other states, Victoria had a devastating second coronavirus wave in May-June last year, largely in Melbourne. It led to a stricter four month lockdown culminating in community transmission ending in October.

The cause was significant failings in the quarantine system due in no small part to lax standards arising out of the use of untrained staff by private contractors. The lockdown was necessary and effective but was severe on the public especially following the earlier March-April lockdown.

The current lockdown is struggling because of a combination of the higher infectiousness of Delta and lockdown fatigue meaning that even a small decrease in compliance with the rules allowed the virus to increase its spread. Labour-intensive contact tracing can’t keep up with rapidly rising infections.

Further, there is a sense of inevitability over cases coming from New South Wales because of the long shared border with many potential crossings. NSW and Victoria are also the two big population states. The impact has been demoralising with a cumulative negative impact on public trust and confidence in the current lockdown.

Lockdown breaches have not been confined to the borders. At one point, early in the lockdown, around 1,500 parties were reported , including a notable engagement party were most of the 69 attendees got infected.

Scott Morrison comes out of the Australian Covid experience poorly. In the immediate pandemic response in early 2020 he was found badly wanting and, in effect, had to be overridden by the state premiers, including ironically Gladys Berejiklian. This followed his mishandling of the earlier bush fires devastation.

Now he is resorting to modelling by the Doherty Institute about when to open up the country even with hundreds of daily infections. The Institute predicted that with 70% vaccine coverage of the adult population and partial public health measures, there would be nearly 390,000 symptomatic cases and 1,457 deaths over six months. With optimal public health measures (but no lockdowns), this could be significantly reduced to 2,737 and 13 respectively.

This modelling was strongly criticised by other experts in part because the risk of over 1,000 avoidable deaths was too high and doubts over its assumptions.

But the modelling has now become redundant. Doherty publicly reported their modelling on 23 August. Their assumption was that the contract tracing systems were sufficiently robust to enable health authorities to respond quickly to new cases. Unfortunately Doherty badly over-estimated the ability of contact tracing in Australia’s two most populous states to keep up with the Delta driven high infection rates; it got it wrong.

Is the politics of Scott Morrison as bad as those of Boris Johnson, Donald Trump and Joel Bolsonaro? With a Covid death rate of 41 per million in Australia, clearly no. He is a pale imitation of the offending trio. Nevertheless a pale imitation has proven to have deadly consequences for Australians.

Morrison is responsible for creating a training camp for an already highly contagious virus even more contagious and deadly, perhaps even undermining vaccine efficacy. He may not be a virus’s best friend but he is its next best friend. 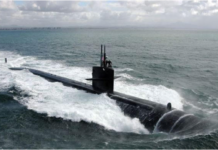 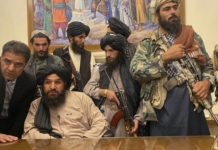 3 cheers for the Taliban?