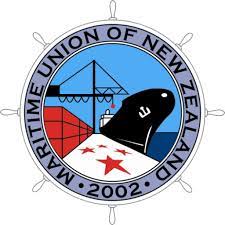 Auckland port workers are demanding worker representation on the Ports of Auckland (POAL) Board.

Maritime Union of New Zealand Auckland Branch Local 13 Secretary Russell Mayn says there are “1.7 million reasons” why this should happen immediately, following revelations on a payout made to former CEO Tony Gibson, who resigned in May.

The POAL annual report shows an unnamed top earning executive was paid between $1.78m and $1.79m in the year to June 30.

Mr Mayn says workers want the immediate resignation of all Board members responsible for allowing such a package to be agreed in the first place, including the inflated salary.

He says the Union is making clear the call for resignations does not include recently appointed directors who had been instrumental in changing the Health and Safety culture at the Ports.

“Board members whose governance responsibilities includes the debacle of automation, systemic failures in Health and Safety, staff shortages, and congestion issues have lost the trust and confidence of workers at the Port.”

Mr Mayn says the payout shows there is one rule for workers and another for Board Members and CEO’s.

“The money should have gone to the families of the workers who lost their lives working at the Ports.”

Despite all the problems during Mr Gibson’s regime, he received a payout of more than twenty years wages for a worker, says Mr Mayn.

“Apart from the recently appointed Directors, we want a clean slate and we want worker representation on the Board.”

Mr Mayn says there should be worker representatives on the Boards on all Council and State Owned enterprises.

“Worker representatives on Boards would be a safeguard that would protect health and safety and hold management accountable.“

He says both Mr Gibson and POAL are facing charges under Health and Safety legislation, and he was concerned to ensure Mr Gibson’s legal costs were not subsidized by the port company and therefore Auckland ratepayers.