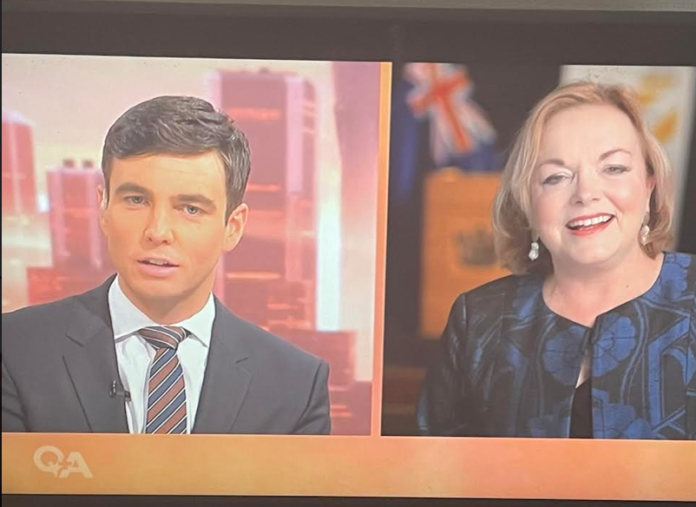 Where the hell has this Judith been?

With so many (including me) counting off the hours until the National Caucus turn on her, she comes out with what was probably the best media performance of her life.

She sounded vastly more reasonable on the ISIS terrorist, her suggestion that refugee status is removed from those wanting to do us harm will find fertile electoral ground.

The vast vast vast vast majority of refugees are good and decent people fleeing horror – we need to help them with counselling services and wrap around support to ensure their wounds are healed – that’s part of the obligation in taking refugees.

The Terrorism laws are always imposed when the Government is freaked out and the laws always turn out to be shit. Even if this law was on the books it wouldn’t have impacted this terrorists time in prison. The issue was his refugee status that granted him extra protections – that’s how he got lose.

Judith’s repositioning of National’s position on lockdowns finally sounded sane, the reality however is that National will have to use lockdowns just like Labour have. When confronted by a delta outbreak even with 70% vaccination, Judith will have to lockdown and she knows it.

It’s weird that Judith finally started sounding like a leader just before her Caucus turn on her.

I think it might be too little too late.

Peeni Henare is on trying to explain why Maori aren’t vaccinating. I’m going to make a guess that over a century of Colonization and a deep distrust of cracker are the most prevalent factors.

Fears that there is anti Muslim sentiment in the wake of an ISIS terror attack isn’t surprising.

It’s always weird that after a Muslim terrorist attack, other Muslims have to come out and denounce it, we never expect that when white supremacists cause violence.