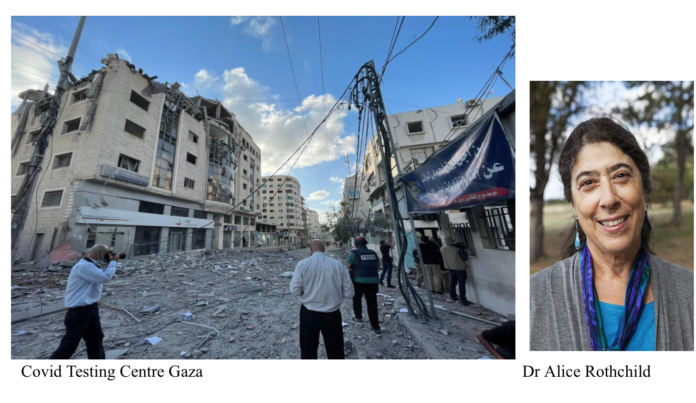 The world has witnessed, or looked the other way, other bombing campaigns: Operation Cast Lead, Operation Protective Edge….

This time the bombing took place during an ongoing PANDEMIC. Gazan medical services were struggling to cope before the bombing.

Dr Alice Rothchild, has accused the regime of launching a Super Speader Assault on Gaza.

Who is she anyway?

Dr Alice Rothchild is a retired American obstetrician-gynecologist, a former Associate Professor of Obstetrics and Gynecology at Harvard Medical School. She is a member of the JVP, JewishVoice for Peace, Health Advisory Council. She is on the board of the Gaza Mental Health Foundation. Dr Rothchild has not just followed closely the situation in Israel, the West Bank and Gaza for many years from afar. She herself has been there several times.

Super Spreader Assault on Gaza, is that such an outrageous accusation? Israel boasts of its bombing accuracy. Deliberately targetting residential buildings means people have to move in with others. There already was a massive shortage of vaccines .

So much more could be said: the lack of potable water, the traumatised childen..

Alice Rothchild has her own blog. Articles by her can be found at mondoweiss.net and probably at other sites.

Super Spreader Assault ! This is not South African-style apartheid! This is much more sadistically cruel.

Why the silence? New Zealand is very highly regarded globally. Why doesn’t our own Government condemn the Israeli regime, expel the Israeli Embassy and demand that the siege on Gaza be lifted IMMEDIATELY.

Maybe politicians need to take notice of this message from Jewish Voice for Peace. 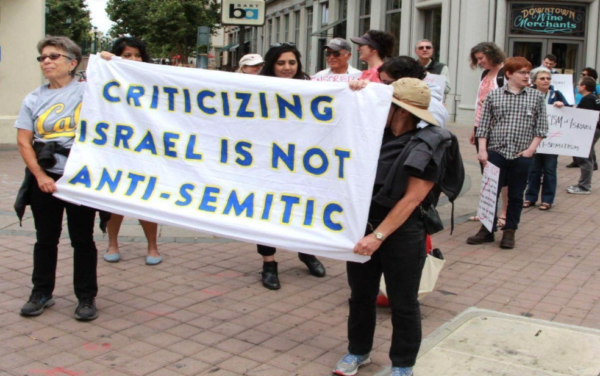 Lives are in the balance.

Our  belief in humanity is challenged.

Saying nothing, looking the other way, is a deliberate choice. It is not being ‘neutral’ or ‘balanced’.