A View from Afar – In this week’s podcast, Paul G. Buchanan and Selwyn Manning discuss: with the United States being viewed as responsible for a monumental botch-up in Afghanistan, how should its traditional security partners, including NATO, position for the future?

When we consider the United States-led conflicts in Libya, Iraq, Syria, and Afghanistan, there is a pattern that stands out: these are all wars of opportunity or choice, rather than necessity.

In analysing this, it follows that lessons learnt by NATO and other global security partners may very well be to not follow the USA into such conflicts if existential threats do not exist.

Also of consideration is this:

Now, the United States is shifting its global defence strategy to counter the rise of China in the Western Pacific and Indo-Pacific regions.

WE INVITE YOU TO JOIN AND PARTICIPATE IN THE RECORDING OF OUR LIVE PODCASTS WITH COMMENTS AND QUESTIONS: 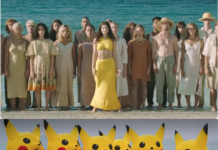