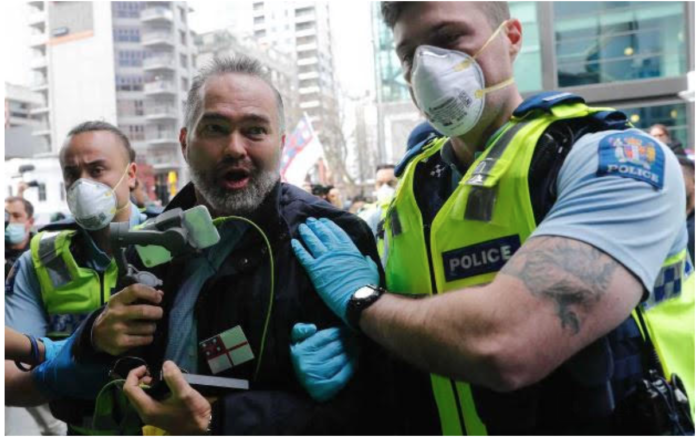 A plan for virtual sittings of Parliament held under level 3 or 4 lockdown has been rejected by National and ACT.

The plan was discussed by the Business Committee, where any major decision needs to the agreement of both National and Labour.

But National and ACT have rejected the proposal, that would have allowed MPs to attend the House by videolink and Question Time to be held.

This could lead to the House remaining suspended as Labour argue it is too dangerous for it to return.

As pointed out on TDB last week, while the Opposition’s call for Parliament to continue was righteous, the real reasons where far less noble.National are refusing to hold a virtual Parliament because they claim that if Jacinda can do daily briefings they should be allowed to bring their MPs all over the country to infect the debating chamber.

The bullshit in their justification is extraordinary. The difference between the PM and her bubble doing necessary media briefings vs the entire House sitting is so enormous only a fuckwit National Party clown would attempt to defend it.

By refusing the virtual options presented to them for the most facetious reasons, National and ACT are playing a different game.

By ‘denying Parliament’ National and ACT want to paint Labour out as the totalitarian police state fantasy their most rabid supporters are claiming Jacinda represents.

This isn’t about public health, democracy or accountability, it’s a sick game to pretend Jacinda is a dictator.