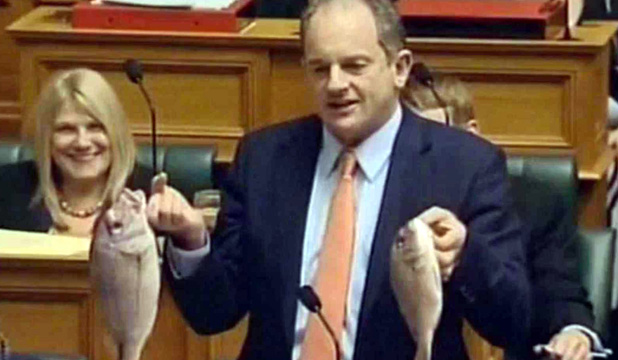 National MP Mark Mitchell is understood to be firming up a run for the Auckland mayoralty next year and could face up against former Labour Party leader David Shearer.

Folks you can either read it here first on TDB or wait 6 weeks for the mainstream media to catch up.

As TDB pointed out months ago, Mark Mitchell is running in the Auckland mayoralty while Shearer is being lined up by Labour stooges to run as the candidate of the Left.

I’m calling it ‘The Battle of the white loaves’.

The political Right in Auckland has been split and divided for at least a decade but with Michelle Boag locked out of being involved because of her leaking Covid patient details, they have managed to coalesce around one possible candidate, Mark Mitchell.

His recent puff piece in the Herald was an attempt to soften his image as a dead eyed mercenary because few Cities outside Mogadishu welcome Mayors with that Full Metal Jacket thousand yard stare.

Auckland Councillor Efeso Collins is easily the most talented, most intelligent and most recognizable member of Auckland Council next to Goff, that Labour are looking to put a has been like David Shearer up for the Mayoralty is such a crime against meritocracy.

Shearer you will remember was appearing at the Town Hall meeting against mass surveillance laws while secretly meeting Key to try and find a way to pass the laws.

I trust David Shearer as far as I can throw him.

The greatest gift Goff could give Auckland when he leaves for America as our Ambassador (something that hadn’t been announced yet) is anointing Efeso as Auckland’s first Pacifica Mayor.

David Shearer vs Mark Mitchell is already boring me to death & worse than that, Mark will win.

Auckland Labour honestly needs a kick in the arse.