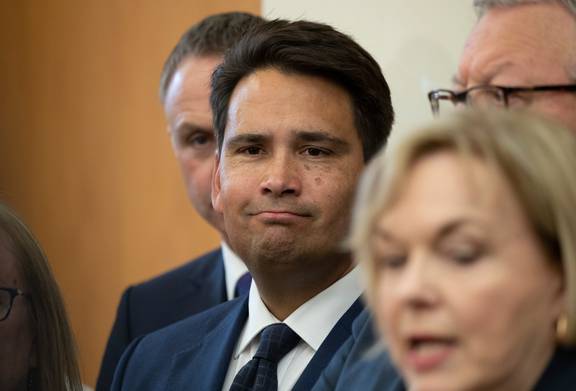 Covid-19 NZ: National and ACT keen for Parliament to return during lockdown

There is a brewing standoff over whether Parliament should come back next week under level 4, with Judith Collins saying if Breakfast TV could be filmed she couldn’t see why Parliament shouldn’t sit.

Collins said she was fine with the House being suspended for a week but didn’t see why it should stay out of action throughout level 4.

“It’s quite alright for Parliament not to sit next week, but Parliament should sit the week after. We are a democracy,” Collins said.

ACT are also arguing that the House should be able to sit.

As much as it pains me to say it, Judith is right, Parliament has to stay open.

Not in the full house, but some type of oversight Committee that can challenge the Government and continue to hold it to account.

From that perspective ACT & National are completely right however National’s position on this is hardly ethical.

By refusing to give agreement in the Business Committee, National are forcing the PMs hands to declare Parliament shut so National can milk the resulting media backlash and paint it as some type of totalitarian power grab by Labour.

Note ACT are not playing these silly bugger games and that’s why Seymour keeps eclipsing Judith.

Our Democracy demands a process where the Opposition can hold it to account, unfortunately the largest Opposition Party is too focused on manufacturing their next headline outrage by purposefully being obtuse to paint Jacinda our as a dictator.

If Simon Bridges doesn’t take back the Leadership soon there won’t be a Party left to resuscitate.