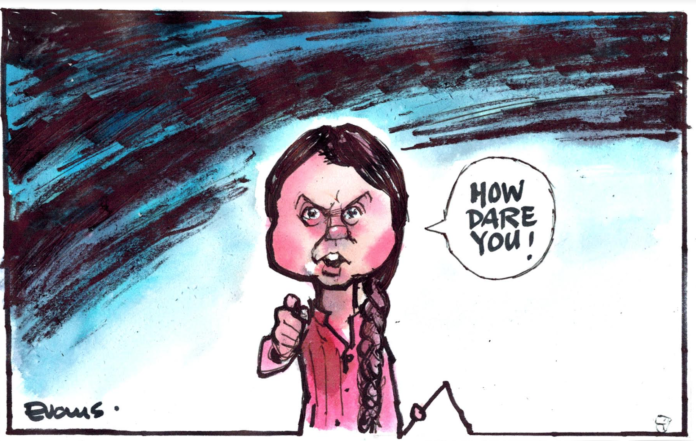 National Party MP Stuart Smith has described a Government climate change plan as the “science of bull****” during a talk in Ashburton this week.

The Kaikōura MP floated suggestions that warmer temperatures would not cause an increase in extreme rains – contrary to the Government’s National Climate Change Risk Assessment (NCCRA) plan.

…it shouldn’t surprise anyone that the Party who drove a tractor up the stairs of Parliament because they didn’t believe in global warming is back to its old games of minimizing global warming and claiming we can’t do anything.

Let’s remember, Judith is in bed with the deniers.

Judith published an opinion piece on the fossil fuel paywall gated community that is ‘Carbon news‘ in 2019 which argues against zero carbon, the Paris agreement and downplays the magnitude of what we are facing.

She was doing the classic ‘question the science’ tactic, which the tobacco industry used to argue there was no clear connection between cancer and smoking. She was also signalling to the deep pockets of the pollution industry that if she was leader they would have a much more benign environment to operate in.

Judith is directly leading the climate denier electorate who refuse to point blank accept any of the science. Here is what science blog has had to say about Judith’s absurd claims…

…with Labour we are trying to get Jacinda to live up to her rhetoric on combating global warming, with National we are still trying to get them to admit there it’s even happening.

That’s why we can never let National near power again.