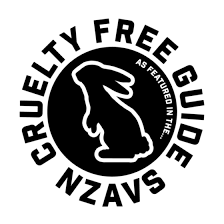 How open should researchers be with what they do to animals in experiments? That’s the question being discussed at a conference on openness in animal research.

The conference is being hosted by the Australian and New Zealand Council for the Care of Animals in Research and Teaching (ANZCCART). The conference is primarily composed of industry representatives and animal researchers, but for the first time ever the New Zealand Anti-Vivisection Society (NZAVS) is attending.

This is the first time an animal advocacy group has attended the event, in keeping with progress towards openness. But the Executive Director of the NZAVS, Tara Jackson, says some hard questions remain.

“This has been an excellent first step in opening up a dialogue, but it remains to be seen how open these organisations are actually going to be,” said Jackson.

“Is the public going to be given unlimited access to the really horrific experiments, or will they only be shown the less impactful experiments?”

“When a project won’t really stand up to public scrutiny, like when an animal suffers to increase profits, will the public get to hear about it?”

Jackson is concerned that some groups may try to gain the appearance of being open without revealing the parts the public might be concerned about.

“There is a big difference between a PR exercise to get the public on board, and genuinely allowing the public full access to know what is going on,” said Jackson.

The group has exposed many experiments in the past that it claims did not hold up to scrutiny.

“From proposals to test party pills on animals to gassing pigs to increase profits of the American pork industry, we repeatedly find experiments that Kiwis are against when they find out about them. Are we going to have to continue to dig for these experiments or will animal researchers be open about everything?” asks Jackson.

Despite concerns about the extent of openness that is actually being promised, Jackson is pleased that there is some progress.

“Ultimately every step towards openness is a good thing. A lot of horrific things that happen to animals in experiments are only allowed because no one knows about them.”

NZAVS promises to work with organisations that are genuinely willing to be open but promises that it will continue to investigate and expose horrific experiments when they are hidden.