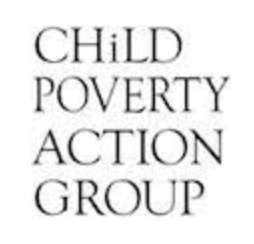 Poverty, inequity, homelessness and food insecurity are among the burdens which increased for tamariki Māori and other children in the first year of Covid-19 – partially due to Government neglect, according to a Child Poverty Action Group (CPAG) report released today.
“Caring for families should be at the heart of decision-making but our children did not get the prioritisation nor policy outcomes they needed in 2020,” said report co-author and CPAG researcher Janet McAllister. “It is thanks to the collective efforts of iwi, hapū, community organisations, schools, whānau and families – and low-income children themselves – that the crisis of poverty was not even worse.”
An additional 18,000 children were probably pushed into poverty in the 12 months to March 2021, even without taking rising housing costs into account, according to new modelling in the report, entitled The first year of Covid-19: Initial outcomes of our collective care for low-income children in Aotearoa New Zealand .
“This increase in child poverty of around 10% comes at a time when property owners have seen their wealth rise at an accelerated rate,” said McAllister. “Loss of income related to job loss was probably inevitable for many families; but loss of income to the point of inadequacy – or further inadequacy – was due to political decision-making.
“The Government avoided one massive health and economic crisis but it enabled another one – that of poverty, homelessness and inequality – to grow rapidly.”
New CPAG modelling also suggests tamariki Māori and Pacific children were around 2.5 to 3 times more likely than Pākehā children to have been pushed into poverty in the 12 months after the initial lockdown, and changes in youth homelessness and chronic absences for low-income students were also worse for Māori and Pacific people than for Pākehā.
“As Māori leaders have told us for decades: the state uses low-income whānau Māori as ‘shock absorbers’ of the economy. The system default is that whānau Māori and Pacific families bear many of the heaviest burdens in hard times,” said McAllister. “It is the responsibility of decision-makers to deliberately and actively avoid that.”
For example, Māori and Pacific applicants were much less likely than Pākehā to be awarded the relatively generous Covid-19 Income Relief Payment, partially due to its design. Such discriminatory outcomes are unnecessary, says Leah Bain, report co-author and acting CEO of the Public Health Association.
“Te Tiriti o Waitangi places an obligation on the Crown to ensure Māori and non-Māori have equitable outcomes – and we already know what has to happen to make this the norm. Māori have been calling for decades for policy processes to be embedded in whakapapa and manaakitanga, and for power to be devolved to iwi, hapū and communities,” said Bain.
As well as presenting new modelling, the report uses publicly-available data to highlight that in the first year of Covid-19, negative outcomes affected multiple aspects of life for low-income children and their communities:
+ Inequity increased in family stress and caregiver loneliness; chronic school absences; infant immunisations; and increases in the cost of living, between low-income and high-income children.
+ There was little emergency housing provision for homeless young people under 18 without families, leaving some in situations where they were likely to be sexually exploited
+ For children and their families in emergency housing (motels), situations could be dangerous and intimidating, partially due to a lack of the type of wrap-around support found in transitional housing.
+ Food bank demand spiked in the initial lockdown and remained roughly double pre-Covid-19 levels throughout the year to March 2021
+ Anecdotally, children with disabilities faced additional burdens (sometimes regardless of income), depending on the nature of their disability, such as lack of PPE during lockdown, and/or long-term behavioural change due to lockdowns disrupting routines.
“With Covid-19 stretching resources and attention in the immunisation sector, careful management is required to ensure we do not see resurgence in preventable diseases, particularly among children in deprived areas,” said co-author Professor Nikki Turner from the Immunisation Advisory Centre, University of Auckland.
Some effects were positive however: for most qualifications the attainment rate gap closed between schools in low and high income areas, in part probably thanks to special Covid-19 NCEA credit rules.
The report also draws on Kaupapa Māori research, ERO reports and media articles to show how Māori health organisations, schools and others in the community stepped up to help alleviate distress and meet physical, social, mental and spiritual needs. For example, teachers would ring parents when they were out of phone credit just to touch base, while Māori health organisations distributed everything from food to arts & crafts packs, firewood to toiletries.
“The stories show how Māori frameworks and approaches are extremely relevant to our communities, and resilient in times of disaster,” said Bain. “If Government and our communities across the board further embraced the thought leadership so generously given by Māori, all of Aotearoa New Zealand would benefit even more.”
ENDS
The first year of Covid-19: Initial outcomes of our collective care for low-income children in Aotearoa New Zealand published by Child Poverty Action Group, July 2021 by Janet McAllister, Caitlin Neuwelt-Kearns, Leah Bain, Nikki Turner and Donna Wynd.
Note: the likely increase in child poverty of 18,000 is on the “50% of Before Housing Costs median income moving” indicator, which is one of the Government’s three primary target indicators.