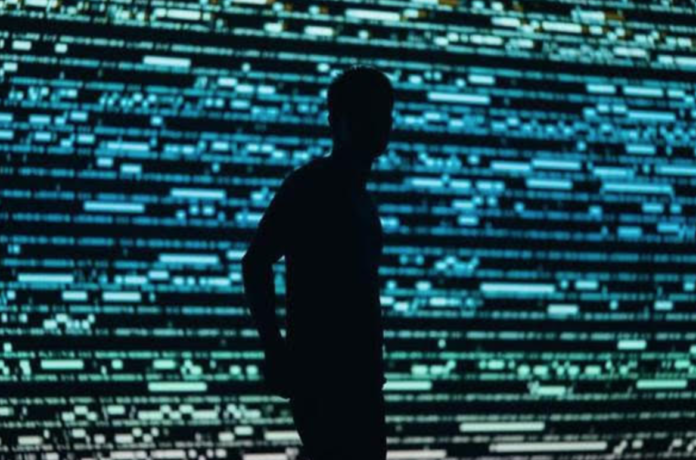 WELLINGTON HARBOUR was always worth looking at. Sipping thoughtfully at his cup of Earl Grey, Adam Freeman took in the comforting vista. He was in need of comfort, he told himself, after what he could only describe as a very odd meeting. Bamboozling the public was one thing, the preservation of national security more or less required a certain amount of economy with the truth. But bamboozling ourselves, he thought, not to mention our minister, that’s dangerous. Seeing things clearly, he had always assumed, was the Alpha and the Omega of keeping the nation secure.

A gentle knock on his office door, interrupted these uneasy musings. He looked up to see the youthful countenance of Matthew Stubbs. Youthful but full of care, Adam thought to himself. The young IT wizard looked as worried as he felt.

“Come in, Matthew,” he said placing his teacup carefully on its saucer. “What can I do for you?”

“Forgive the interruption, Sir,” the young man replied, “but I was wondering if I could share some thoughts with you in confidence.”

The young man smiled wanly. “I suppose it does, Sir, yes.”

Matthew seated himself in the nearest of the comfortable leather chairs positioned to one side of his superior’s desk. Adam swung round to face him.

“Well then, let’s have it. What are these thoughts that require my utmost confidence and discretion?”

“All that stuff about the Microsoft Exchange hack being sponsored by the Chinese Ministry of State Security that we fed to the Minister.”

“Go on.” Inwardly, Adam breathed a huge sigh of relief. He wasn’t the only one who thought this intel was dodgy.

“Well, Sir, the MSS has absolutely nothing to gain by going after Microsoft Exchange. It’s not its style – way too public. The MSS would never draw attention to its activities in so dramatic a fashion. I mean, there is absolutely nothing in it for them to have the world believing Beijing is reading its e-mails. The motto of the MSS’s hackers has always been: ‘Nobody knows that we went in, and nobody knows what we took out’. I just don’t believe it was them.”

“APT 40? No, Sir. They’re just a bunch of varsity students, MSS interns probably, looking to earn brownie points with their future bosses. They’d never dream of hacking Microsoft without the express backing of the highest military and party authorities. And, as I said, the highest authorities would never expose the PRC to the sort of global outrage that the exposure of such an operation would inevitably entail.”

Adam leaned forward, fixing the young man with his best basilisk glare. “So, if it wasn’t the MSS, and it wasn’t APT 40, then who was it?”

“Best guess, Sir? It wasn’t the Chinese at all. My money, as always, would be on the Russians. Oh, I know, I know, it’s possible that the hack could have been the work of a Chinese criminal operation. Thing is, Sir, crime gangs like that don’t really exist in the PRC. Security and surveillance is just too all-enveloping. Which isn’t to say that corruption isn’t rampant throughout Chinese society. But acquiring and selling real estate by illegal means is one thing; endangering the security of the state by going after a software giant like Microsoft, well, that’s something else altogether. Get caught doing something like that, and it’s bullet-in-the-back-of-the-head time – no mucking ‘round.”

“But, Russia’s different.” Matthew continued – warming to his subject. “In Russia, corruption isn’t a bug – it’s a feature. Where the Chinese still believe in the possibility of a perfected world, the Russians have embraced chaos as their friend. Russian nationalists know that with the break-up of the Soviet Union, the geopolitical heft required to claim – let alone maintain – great power status just isn’t there anymore. The people who matter in the Russian Federation know their country is getting weaker, and that there’s not a lot they can do to reverse it. So, they have, quite correctly, concluded that the only viable geopolitical strategy available to them is to make their principal rivals even weaker. To tip them into an even tighter spiral of decline.”

“Am I to take from that, Matthew, that you buy into the ‘Trump As Russian Trojan Horse’ argument?”

“To a certain extent, Sir. But, honestly, I don’t think Putin and the FSB are all that interested in complex plans. Their strategy is much more one of manufacturing as many dragon’s teeth as they can, and sowing them wherever they can. That’s why it’s so difficult to separate the Russian state from the Russian criminal fraternity. The Kremlin likes – and needs – a revolving-door of plausibly deniable cut-outs. If a plan works, they’ll claim it as their own. If it fails, then those involved will either be made examples of in a courtroom cage, or buried in a lonely forest clearing.

“So, if you’re ‘Chaos Theory’ is correct, Matthew, then the Russians wouldn’t hesitate to penetrate and disable Microsoft Exchange. The more mayhem the merrier?”

“And the same strategy isn’t available to the Chinese?”

“Not really, Sir. Above all else, the Chinese prize order. Chaos terrifies them. Chaos is what follows when the Mandate of Heaven is withdrawn. Chaos is proof that you’ve failed. And, from what I’ve observed over the past few years, the Communist Party of China doesn’t really ‘do’ failure. Which is why I was so surprised to hear the Director-General attribute the Microsoft hack to the Chinese Government with such certainty – and to the Minister, of all people! I mean we don’t really ‘do’ certainty – do we Sir?”

Adam leaned back in his chair and chuckled. He’d picked Matthew Stubbs as a high-flyer from the day he joined the Bureau, and he was congratulating himself heartily for his perspicacity. Had he not been feeling quite so pleased with himself, then perhaps he would not have responded to Matthew’s question so fulsomely.

“No, Matthew, you’re quite right, we don’t ‘do’ certainty – not in matters of national security – not unless we’re told.”

“Oh come on, Matthew, join the dots?” Truth to tell, Adam was only just joining the dots himself. Even so, he was quite sure he’s solved the puzzle that had been worrying him and his young protégé. “

“ Think, Matthew, think! The news about the ‘Pegasus’ intercepts hits the front pages all over North America and Europe. The whole world is treated to a cautionary tale involving the Israelis, one of their plausibly deniable cut-outs – the mysterious NSO Group – and a piece of spyware that allows all manner of dubious regimes to take over the cellphones of political and/or journalistic irritants and transform them into more-or-less continuous transmitters of high-grade, and potentially fatal, intelligence.”

“Fatal, Matthew. How do you think the Saudi Crown Prince knew exactly where to send his team of assassins to chop up poor old Jamal Khashoggi? Pegasus, Matthew, Pegasus. Not the sort of story that reflects too well upon our Five Eyes friends and their friends – is it? Especially when all of us are using Pegasus – or something as close to it as makes little difference – to keep tabs on our own ‘irritants’. Besides, start people thinking about Western-sponsored hacking, and pretty soon they’ll be remembering Stuxnet and all the fun the Israelis and Americans had wrecking the Iranians’ centrifuges.”

“Yes, Mathew, ‘Ah.’ Ah, with bells on! So, what is the standard operating procedure when the misdeeds of the West’s intelligence gathering agencies are making the headlines?”

“Distraction by way of Projection, Sir. We immediately accuse our enemies of doing exactly what we’ve been doing. Nothing resonates so forcefully with the mainstream news media like an accusation packed with the raw emotional power of psychological projection. Lay a trail using that as bait and the newshounds are off like foxhounds.”

“Matthew, I am supremely confident that you have a very bright future with the Bureau – providing you remember one thing.” 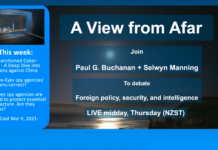 LIVE Midday Thurs: Buchanan + Manning on Cyber-Attacks and the Evolution of Hybrid Warfare 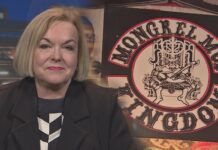 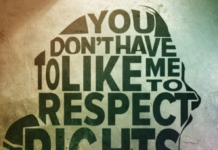