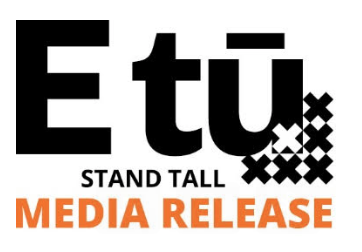 E tū, the largest union in Aotearoa New Zealand for aviation workers, welcomes Air New Zealand’s move to include a union voice in their latest round of board appointments.

The airline has appointed three new directors to its board, including veteran unionist Paul Goulter, who is currently the national secretary of New Zealand Educational Institute (NZEI) and has many years of experience in commercial and union leadership roles, including as a director of the Co-operative Bank.

E tū head of aviation, Savage, says the addition of a union voice to the airline’s board is a positive sign.

“It signals to us that Air New Zealand is looking to rebuild better as the aviation industry slowly recovers.

“Two-thirds of its employees are union members, so collective agreements are central to the company’s success,” Savage says.

“The airline cannot function without ongoing engagement with its unionised employees.”

Savage says Paul’s appointment will build on the work that fellow unionist Ross Wilson did in his role as an advisor to the board up until now.

“There’s no doubt that the many redundancies and how they were handled have strained the company’s relationship with members during the past year.

“However, E tū members have collectively told the company they want to have a say in the airline’s rebuild.

“They want to see a commitment from the company to being a better employer and creating decent jobs.”