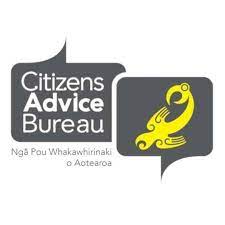 The sun was out on a crisp Wellington afternoon on July 7, as volunteers, staff and supporters of the Citizens Advice Bureau gathered to deliver its digital exclusion petition to Parliament. The petition received 7,500+ signatures calling on the Government to take urgent action to ensure that public services are accessible to all, recognising that a ‘digital first’ approach does not work for everyone. The CAB highlighted that this is about making sure that vulnerable people in society are not left behind in the rush to ‘digitally transform’ public services.

The petition was received by Hon Dr David Clark, Minister for Digital Economy and Communications, along with a raft of Labour and National party MPs who turned out to support the cause.

The Minister stated that the Government expects that its own services will be provided in a range of ways, but acknowledged that the petition was drawing attention to situations where public services were falling short. “We’re here to accept the challenge and accept the petition, I’m keen to see better practice into the future” said Clark. The Minister recognised that many people either do not have access to digital services, or simply choose to not be online.

Kaley Thomas*, a supporter of the campaign who traveled a long way to attend the event, spoke of her lived experience with digital exclusion. “I have had constant trouble with IRD and often the questions I want answered cannot be found online, which is when I need to speak to someone in person”. Kaley said that she gets put on hold for ages only to get an automated response in the end, and she struggled with the fact that everything needed to be done online with no other option.

“There are a whole variety of people in our community impacted by this issue. Yes older people are disproportionately impacted, but so are a whole range of others – with 8% of those identified as digitally excluded being under 30. Māori and Pasifika peoples were also disproportionately affected,” said Citizens Advice Bureau Acting Chief Executive, Dr Andrew Hubbard when reflecting on the CAB’s analysis of over 4,000 client enquiries where digital exclusion was identified.

Hubbard went on to say that the barriers were widespread as well, such as; disabilities, issues around literacy and those who do not have English as a first language.
The petition delivery also saw representation from the Salvation Army, Rural Women New Zealand, Disabled Persons Assembly, Grey Power and Race Relations Commissioner, Meng Foon.
Lt. Colonel Ian Hutson, of the Salvation Army, said “We’re acutely aware of the exclusion that people coming through our service experience”. He reflected on the stories of desperation, mental health issues and financial problems and how digital exclusion just adds a whole other layer of difficulty.

Rural Women New Zealand’s, Angela McLeod said that rural New Zealand was being left behind and that the lack of rural connectivity was a significant issue – as a lot of rural businesses and members cannot transact their lives on the internet “when they just don’t have it”.

“We encourage fully the Government to acknowledge the many forms of inclusivity in all of their delivery of services” says Meng Foon on behalf of the Human Rights Commission.

The Citizens Advice Bureau said that they want the Government to realise that a ‘digital-first’ approach is not always best and that people need to be able to access support in a way that works for them – whether this is online, over the phone or face-to-face.

*Kaley Thomas’ name has been changed for this media release to maintain confidentiality. 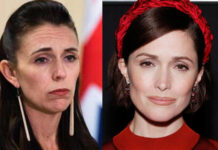 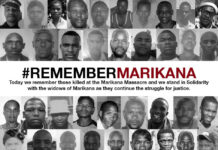 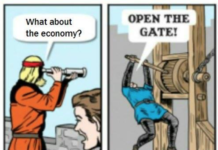