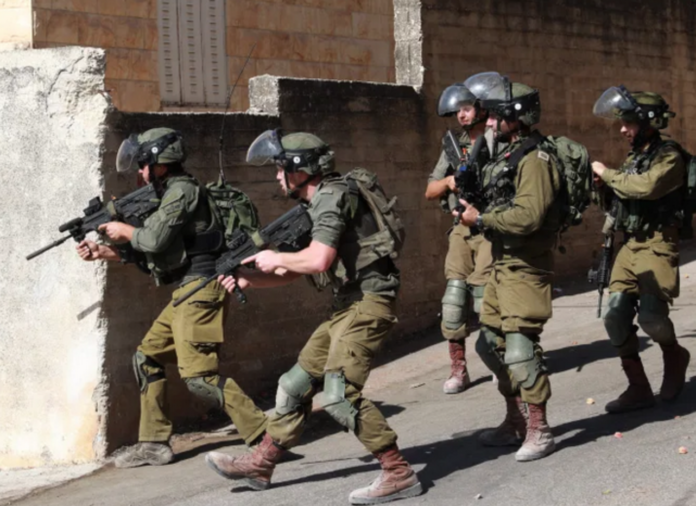 In a demonstration of solidarity with Israel, shortly after the declaration of the latest Gaza so-called ceasefire, UK Government Foreign Secretary, Dominic Raab, visited the region. The then Israeli Prime Minister, Benjamin Netanyahu, greeted Raab, saying: “Thank you and Prime Minister Boris Johnson, for the staunch, unwavering support of our right to self-defence during the recent operation. It’s much appreciated.” Raab responded: “You can always count on us.” Since 2015, New Zealand’s Five-Eyes partner, Britain, has licensed over £400 million-worth of arms exports to Israel and another partner, the US, aids Israel annually with $3.8 billion in military aid.

Can you imagine being forced to demolish your own home, or else pay an armed foreign invader to do it for you? That is the stark choice facing Palestinians in Silwan, an East Jerusalem neighbourhood where Israel wants a religious theme park to be established over their homes! The settler organisation, Ateret Cohanim, operates for Israel in this Zionist endeavour to drive Palestinians out. Private donors and American taxpayer-supported groups, such as American Friends of Ateret Cohanim and American Friends of Yeshivat Ateret Yerushalayim, are funding this ethnic cleansing!  One-and-a-half thousand Palestinian people, generations of whom have cherished memories of Silwan, face the threat of sudden, violent removal from their homes.

This “staunch, unwavering” support from Western allies reinforces the Zionist regime’s sense of impunity. The UK‘s Conservative Government is well aware that Israel is committing crimes against humanity and violating international law in pursuit of its ideological objectives and government spokesmen are on record acknowledging them in answer upon answer to Parliamentary questions. In response to a question last month, UK Government spokesman, Lord Ahmad of Wimbledon, conceded that the Government of Israel did authorise the demolition of Palestinian homes, acknowledging that this constituted violations of the Fourth Geneva Convention and caused “unnecessary suffering to Palestinians.” Replying to another question that day, Lord Ahmad found himself unable to deny the figures released in a Defence for Children International–Palestine report revealing that Israeli Occupation forces and settlers, since 2013, have killed at least 168 Palestinian children in the Occupied Palestinian Territories. He was forced to condemn “racist, hateful or anti-Palestinian language and any actions that could stir up hatred and prejudice” and said the UK Government continued to “stress the importance of the Israeli security forces providing appropriate protection to the Palestinian civilian population.” The Minister also acknowledged the violence perpetrated by armed Israeli settlers against Palestinians, saying that “we condemn any incidence of violence by settlers against Palestinians.” He could also have admitted that the settler presence, in militarily-Occupied foreign territory, violates the Fourth Geneva Convention.

Knowing all this, our Five Eyes allies continue to resist calls for UN Sanctions to restrain Israel and defend its victims. Another Western grouping, the EU, has now gone so far as to draw attention away from the crimes committed by the Israeli Occupation in Palestine by commissioning an investigation that seeks to brand the Palestinian people with racism!

Looking the other way

The Georg Eckert Institute (GEI) was commissioned by the EU to study and report on the textbooks issued by the Education Ministry of the Palestinian Authority. The GEI conclusion is that the Palestinian Authority school curriculum conforms to UNESCO standards and direct calls for violence against Israelis were not found in the analysed textbooks. The GEI report does, however, say that some textbooks do “. . . contain many portrayals of violence that depict everyday life in the conflict-ridden occupied areas, or which illustrate the history of the Israeli-Palestinian conflict. There are also portrayals that defend, or even support, violence against Israelis – who are generally referred to as ‘Zionist occupiers’.” Referring to the Israeli Occupation Army and settlers as ‘Zionist occupiers’, is precise, fair and in no way racist. Israel’s ideologically-motivated crimes against humanity are opposed by many Jews, worldwide.

Zionist control of the education system in annexed East Jerusalem, where the Israeli Occupation approves and even amends textbooks issued by the Palestinian Authority, draws no criticism from Israel’s allies. In view of the grim daily reality of life under hostile military oppression, was it too much to expect the EU to acknowledge that oppression gives rise to resistance and resentment? Generations of Palestinian children have grown up knowing their homes are not safe from night invasions by foreign soldiers. They have seen their parents humiliated, family and friends killed, wounded or injured, while many have personally been taken blindfolded and terrified into captivity. In such an oppressive atmosphere how could any youngster form a favourable impression of the invaders? In every society that has been subjected to it, foreign military occupation has been met with a variety of reactions from the victims.

Those who would seek to blame the victims of Israel’s undeniable violations of international law are threatening the very survival of rules-based justice. The Fourth Geneva Convention is itself being threatened and brought into question. Israel has devised a monstrous travesty of justice known as Administrative Detention, with which to control Palestinians. The device is used to imprison, without charge or trial, anyone the Zionist regime wishes to silence or keep isolated. The sentences are usually for from one to six months but, craftily, are infinitely renewable, with no need for further evidence or justification — the result inevitably being that many people imprisoned under the scheme have been held for years without ever being formally charged. Access to any evidence the Occupation forces may claim to have is refused to both those accused and their lawyers. One such victim of Administrative Detention is the hunger-striking Palestinian, Ghadanfar Abu Atwan.

Administrative detention, first introduced to the Palestinian homeland by British colonialism, was eagerly adopted by the Zionists for their own population-control purposes. Administrative detention orders, issued for one to six months at a time, are infinitely renewable. With both victims and their lawyers denied access to hidden ‘evidence’, the tool enables the foreign occupier to imprison Palestinians for years — even decades — with no further recourse to justice. Administrative detention imposed by Israel is escalating, with over 200 Palestinians imprisoned since the beginning of May and, presently, more than 500 incarcerated altogether.

The month of June ended just as it had begun, with Israeli Gaza ceasefire violations, and no Palestinian reprisals. The one-sided ‘ceasefire’ continues, with the mainstream new media shamefully ignoring it. This month, up to and including 5 July, there have been eight Israeli Gaza ceasefire violations, including two air strikes and two incursions. Heartless Israeli Occupation forces and settlers commit the most crippling and intrusive crimes against the people whose land falls under their belligerent Occupation. There is, for instance, the barbaric and cruel practise of the forcing of Palestinian families to destroy their own homes. In the West Bank and East Jerusalem, this month has already seen ten home invasion raids, with Israeli police assisting Occupation settlers to seize possession of a house and three families forced to destroy their own homes.

Here are just a few more of the copious Israeli human rights abuses committed at the start of this month:

In South Qusra, Israeli Occupation forces shot and killed a 20-year-old man, Mohammed Farid Ali Hassan, as he stood on the roof of his home. Israeli forces were raiding in support of settlers who were invading nearby Palestinian farmland and attacking farmworkers. Four Palestinians were wounded in the attack.

Militants, from the Shilo and Shvut Rachel Occupation settlements, invaded Qaryut village farmland, cutting down and uprooting around 84 fig and almond trees, as well as grapevines. The settlers also destroyed a water storage tank and pipeline.

Israelis, from the Esh Kodesh Occupation settlement, set fire to Jalloud village olive groves and bales of hay, with the Israeli Army standing by to prevent villagers from putting out the fires.

Near al-Ibrahimi Mosque in Hebron, Israeli settlers assaulted and hospitalised a woman, Iman Musa Saeed Al-Talhami, and Israeli Occupation forces took prisoner her son, for trying to defend her.

This is the reality Palestinians are forced to face, every day, every night, year upon year, decade after decade. Eighty-five Palestinians have been wounded/injured already, in just the first five days of July.

Over 700 scholars, artists and intellectuals, from more than 45 countries, have signed the following declaration, “calling for the dismantling of the apartheid regime set up on the territory of historic Palestine and the establishment of a democratic constitutional arrangement that grants all its inhabitants equal rights and duties.” Published on 6 July 2021, the Declaration on the Suppression and Punishment of the Crime of Apartheid in Historic Palestine has been endorsed by 723 academics, artists and intellectuals worldwide, on 8 July. The Declaration notes that “Israel has subjected the Palestinian people for 73 years to an ongoing catastrophe, known as the Nakba, a process that included massive displacement, ethnic cleansing, war crimes, and crimes against humanity.” It states also that Israel’s apartheid regime covers “the entire territory of historic Palestine and directed toward the whole of the deliberately fragmented Palestinian people.”

Also noted is that: “Israel itself no longer seeks to hide its apartheid character, claiming Jewish supremacy and exclusive Jewish rights of self-determination in all of historic Palestine through the adoption in 2018 by the Knesset of a new Basic Law.” The Declaration bases itself on the Universal Declaration of Human Rights, which stipulates in its first article that ‘all human beings are born free and equal in dignity and rights’, noting, in particular, the inalienable right of self-determination. Israeli human rights organisations, such as B’Tselem and Adalah among others, have affirmed and documented the apartheid nature of Zionism, as have the US-based Human Rights Watch and a UN ESCWA academic study, Israeli Practices towards the Palestinian People and the Question of Apartheid,” UN ESCWA, 2017.

The world is calling upon world leaders, politicians, the mainstream news media and other vested interests to end their complicity with Israeli Zionism and demand that it abandon its apartheid objectives. Turning a blind eye to Israel’s violations of international humanitarian law imperils the very survival of hard-won principles, such as the Fourth Geneva Convention, and undermines hope for a more just and secure international environment. Israel‘s leaders and its military must be forced to face sanctions until they are prepared to respect and abide by international UN human rights law.