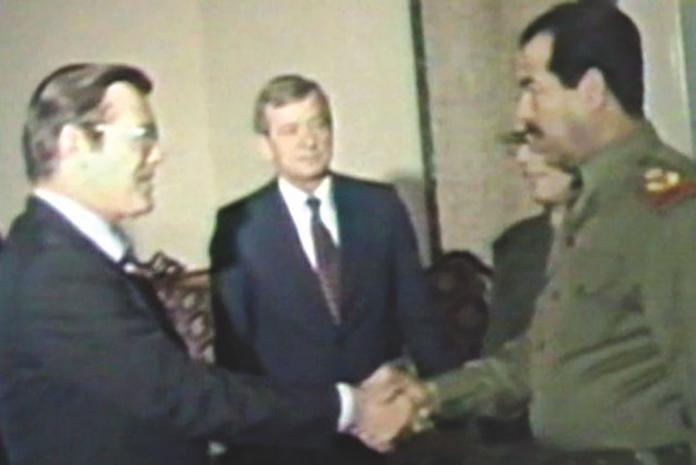 How should we remember the architect of one of America’s most abusive military industrial complex adventures?

Rummy was an insider while being the ultimate outsider. His time in so many administrations while loathing the establishment made him more enemies than supporters.

His intelligence and vision amounted to little more than venal national self interest devoid of any morality.

Making Iraq a CIA client state to punish Iran for revolting against the CIA Iranian coup while selling Saddam Hussein the weapons of mass destruction that the Bush Administration then faked the present day existence of as a false pretext for war is so immoral your average Drug Cartel would blush.

That was Rummy, a ruthless win at all costs mercilessness that was more Hannibal Lector than Sun Tzu.

It was Cheney who unleashed his full malevolence and on the evening of September 11th Rummy infamously demanded a link to Iraq.

That madness cost $2Trillion and saw hundreds of thousands dead.

His infamous quote about unknowable knowable’s was the sort of smart arse undergrad answer that some mistook as charm when it fact it was intellectual vanity.

He wad the morality of a piranha and in any other country he would be a war criminal.

America’s exceptionalism allowed him to be a technocrat of collateral murder and walk free.

He is no revel to be reverted, he is a cautionary tale of hubris and how it can cause titanic misery.

He deserves no rest nor any peace.