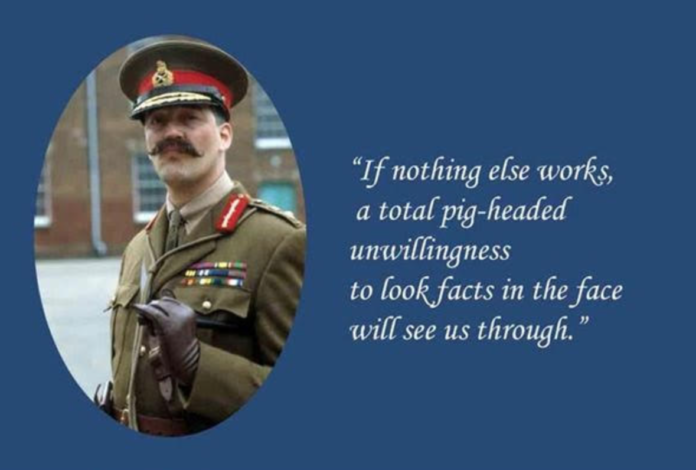 World awakening to the injustice and misery perpetrated by the enforcers of Israel’s criminal founding ideology is growing fast. The Zionists have, until now, enjoyed centre stage in the argument and the mere accusation of being ‘anti-Semitic‘ has led to loss of incomes, livelihoods and reputations. No need for proof — the mere assertion is sufficiently loaded to bring ruin upon the accused! The recent history of the British Labour Party and its former leader, Jeremy Corbyn, the victim of a Zionist witch hunt, says it all. But the views of Western governments and mainstream news media are being exposed, and opposed more than ever, through social media and grass-roots action. Zionist lies are becoming ever less convincing. However, opinion and perception can change. In 2019, famed British actor, writer and comedian Stephen Fry, defended the British television star, Rachel Riley‘s, criticism of the UK Labour Party. At the beginning of this month, Stephen Fry wrote on Twitter of “a wonderful piece of writing” that had “clarified so much for me.” He was commenting on an essay, published by 2020 Pulitzer Prize-winning author, Benjamin Moser, entitled “A trip to Hebron.” Fewer and fewer people now, however, see condemnation of Israel’s crimes as an expression of anti-Jewish prejudice.

Houston-born Moser described conditions of life for Palestinians in Hebron as worse than the Jim Crow laws that had enforced racial segregation in the US. He wrote that it was “worse than apartheid — a word that is now, finally, being applied to Palestine”. Moser described the dystopian nightmare imposed by Israel on Palestinian life there as “so suffocating that you can’t quite believe you’re not in some grotesque movie. The Palestinians have no citizenship, and nowhere to go: if they leave the Occupied Territories, they become stateless refugees. And if they stay — well, their lives are restricted in ways that are very hard to imagine. Imagine the COVID lockdowns, but for your entire life, generation after generation, and with no vaccine on its way.” He revealed the reality of Israeli settlers “continually expanding, continually creating more and more restrictions” on Palestinians with “ethnic cleansing and racial supremacy . . . marching forward day by day.” He said he found it hard to explain just “how cruel”, “how perverse” and “how criminal” it is.

Moser concluded by championing the Boycott, Divestment and Sanctions (BDS) movement, reminding us that such measures had helped “in forcing the apartheid regime to stand down” in South Africa. He spoke of our “moral duty”, saying the world should push for change in Israel and “recognise that there is an occupier and an occupied”. Moser saw “. . . a racial tyranny that was not only not over: it was actively getting worse I saw ethnic cleansing happening in real time, house by house, block by block. And why? In order to build an ugly condo for someone from New Jersey”.

On 24 May 2021, the UK Jews for Justice for Palestinians (JFJFP) published a list of 2,025 JFJFP signatories, in recognition of their commitment to the cause of justice for Palestinians. Stephen Fry is among them. The movement holds that: “Peace requires Israel to acknowledge its responsibility in the creation of the Palestinian refugees . . .” and calls for an end to “Israel’s illegal occupation and settlement of Palestinian land, including its illegal blockade of Gaza.” Their reaction to Zionist racism and criminal behaviour is to firmly say: “not in our name”.

This month, the mainstream news media have again chosen not to report Israel’s Gaza ceasefire violations. Four Israeli assaults on Gaza on 8 June, as well as another that took place just two days afterwards, have been ignored. It seems that, only when such violations can be ‘excused’ as Israeli reactions to provocation by Hamas, may such important news be published and broadcast.

So, for the record, on 8 June at 8:40am, an Israeli Army position, behind the Green Line, opened fire towards agricultural land east of Khuza’a. From 9:30am–3pm, Israeli forces, accompanied by reconnaissance aircraft, invaded an area, north of Beit Lahiya, laying waste to the land and, at 11:50pm the Israeli Navy made two attacks, opening fire on, and pursuing, Palestinian fishing boats off Deir al-Balah and Khan Yunis. Israel tries to justify its aggression by citing its right to defend itself, yet denies the right equally to Palestinians. The Zionist regime‘s military forces enter and leave Gaza, violating its air and sea space, whenever they like. On 10 June, the Israeli Navy again opened fire on, and pursued, Palestinian fishing boats, this time off al-Sudaniya.

This wasn’t all the mainstream news media chose to keep from the public this month. From 4-13 June, statistically: three people, including a 15-year-old boy, Muhammad Saeed Hamayel, were killed by the Israeli Army. Israeli Occupation forces opened fire on and killed a woman, Mai Khaled Youssef Afanah (29), while she inadvertently drove her motor vehicle on a road reserved for the Israeli military. She is the mother of an eight-year-old girl. The Israelis claim that Mai Afanah tried to run her vehicle into soldiers but, as can be seen in this video, they stand on high ground in the rough terrain bordering the road.

From 4-19 June, at least 179 Palestinians (three of them youngsters – one aged 9) have been wounded/injured. Eight Palestinian youngsters, aged 13-17, were abducted by Israeli troops. Three of those abducted, Abdullah Adnan Abu Srour (14), Imran Mahmoud Yousef Barqaa (14) and Ahmed Zakaria Barqaa (15), were seized in the Aida UN refugee camp. No refuge for them.

On the night of 15/16 June, Israeli forces carried out fresh air strikes on the blockaded Gaza Strip, following the launching of incendiary balloons into southern Israel by Palestinian Resistance fighters. The fire balloons were themselves a reaction to a parade through East Jerusalem, in celebration of Israel’s capture of east Jerusalem in 1967, with Israelis chanting “death to Arabs”. Leading up to all this, of course, were the provocative evictions, by Israeli Occupation forces, of Sheikh Jarrah neighbourhood Palestinian families, growing settler violence and attacks by Israeli Occupation forces against worshippers at the Al-Aqsa Mosque. To make matters even worse, Israel has tightened its stranglehold on Gaza, including a ban on imports of fuel for Gaza’s power plant, as well as other desperately-needed raw materials. Up until and including 29 June, Israel has committed at least 29 Gaza ceasefire violations including three incursions.

The Tel Aviv municipality has awarded Haaretz Journalist, Gideon Levy, the prestigious annual Sokolov Prize for Israeli journalism. Levy, who observes that “Israel thumbs its nose at international law” describes Israeli Air Force pilots and drone operators as “heroes who are battling the weakest, most helpless people who have no air force and no aerial defence . . .” He asks: “How do you sleep at night, pilot? Did you see the pictures of the death and destruction you sowed – on television, and not just in the cross hairs?” In February this year, Levy welcomed the International Criminal Court ruling that it has jurisdiction to investigate alleged war crimes committed by Israel in the Gaza Strip and the West Bank. When will our news media find the courage and decency to inform and speak truth to the world? When will they, and our politicians, face up to their moral responsibility to bring Israel to account?

Zionist social terrorism places people in fear of their careers and livelihoods but it has to be resisted and shamed. On 15 June, a resolute 69-year-old man, Nick Georges, challenged the politically-managed reporting and complicit silence by putting his life at risk in London to awaken public awareness. See the video of Georges scaling a 650ft crane, near the US Embassy in London, and unfurling a Palestinian flag. It took the Palestine Action member two hours to get to the top and fly his Palestinian flag. He remained there for 30 hours! Until forced down.

Unfortunately, the Zionist ability to influence news and government policy is still with us. How is it, for example, that Juliet Moses, spokesperson for the pro-Zionist NZ Jewish Council, was invited as a main speaker at the recent counter-terrorism summit, when the victims of the Christchurch terrorist attack, including Palestinian families, were not? She seized the occasion to falsely suggest that Palestine solidarity protests were in support of terrorism yet refuses to condemn or even admit the suffering that Israeli state terrorism inflicts upon Palestinians. In the West Bank, Israel subjects the Palestinian people to its self-serving military regime, while illegally-imposed Israeli settlers, occupying valuable and precious Palestinian land, live under Israeli civil law. Brave Israeli soldiers in the West Bank constantly terrorise Palestinian children, often abducting them, even from their homes during night raids. They are the only children in the world who are regularly subjected to the authority of foreign military courts.

New Zealand’s leaders and politicians must awake to the reality of changing world opinion regarding Israel. Even in the US, establishment voices like the New York Times and The Washington Post are shifting somewhat. Andrew Little and Nanaia Mahuta might be moved enough to rethink their reluctance to call Israel out after watching this video of two Palestinian children, Mohammed and Owais (aged eight and ten) in which they speak of their treatment by Israeli soldiers. Routine population-control methods, especially directed at the young, are used to instil fear, obedience and total acceptance of Zionist control.

The image at the beginning of this piece is of Stephen Fry as Lord Melchett in the Blackadder television comedy version of Britain‘s role in the First World War. At the time of this war, in 1917, callous imperialism and the Balfour declaration laid the political foundations of Zionism and guaranteed its advancement. The quote from Melchett sums up the attitude. Time now for Britain and its traditional allies to make amends.