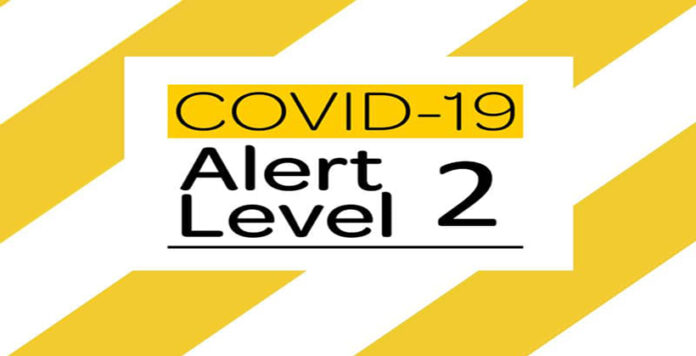 Late Tuesday night, it was confirmed that a traveler from NSW with Covid-19 had boarded a flight to New Zealand and spent a weekend in Wellington. This is, obviously, not great – although a study of the causation of this occurrence is, perhaps, revealing.

Because even though the problem is here, and is our problem now – I am not sure that we really caused it. Well .. most of us, anyway.

It would be nice if persons who’d been shrilly advocating for a bubble with Australia would exercise personal responsibility.

However, there’s no political points in that, so no doubt they’ll blame Jacinda.

For something that’s NSW’s fault and we gave up control over.

This is the issue with The Bubble. We gave up our ability to exercise control over the situation – instead parceling out responsibility and reliance to several other governments we felt we could trust as collaborative partners in this sphere.

Some Australian states, like Victoria, don’t appear to have been too bad at this – when they have an outbreak, they do something about it; and our biggest risk comes from people attempting to avoid the “Doing Something” who then jump on planes from elsewhere in Oz.

However, it’s been clear for some time now that New South Wales has a rather .. different modus operandi – and prefer to avoid heavier intervention control measures for as long as possible.

Which is quite different to how we do things – or how we want (them) to do things.

It has been said that a true team is only as strong as its weakest member. We’re now no longer the ‘team of five million’ . We’re the ‘team of two countries, and eight state/territory governments’.

And one of these, frankly, has dropped the ball.

As has been pointed out, with less than two dozen attested cases out there in NSW, in amidst a population of more than eight million (and far fewer mid-late last week when this person began to travel here) … it’s either phenomenally bad luck that a Covid-positive person managed to get on a flight to New Zealand from there …

… or the true level of Covid prevalency in NSW is rather higher than has been assayed via official testing, and that state government is notably less in control of their situation than they’ve lead us (and perhaps even lead themselves) to actually believe.

Now it can be argued, I think, that our Government did not “go hard, go early” as applies cutting off travel from New South Wales as soon as it became apparent that there was community spread there.

Although they’d have been pilloried had they done so for “unfairness” and “overreaction” [although what else is new], as there were literally only a handful of cases attested in NSW in the 2-3 days before the covid-positive person got on a plane to NZ.

We took NSW at its word that it had its outbreak contained – and that there would therefore be no unreasonable levy of risk for us to continue operating our bubble at that time.

We then made our own call yesterday – potentially before it was confirmed that a Covid-19 positive passenger had already travelled here (the announcement came literally a few minutes out from when Australia reportedly notified New Zealand about the case that’d been here) – to suspend the travel bubble for three days as an interim pause due to NSW’s evident escalating circumstances.

That has unquestionably been the right decision to make – and it is just unfortunate that it was not made earlier.

Although, as I say – due to the numbers involved in NSW’s outbreak, it would have been very difficult indeed to actually have set out the case for suspending the bubble early on enough in proceedings for it to actually have made a difference here.

If one were to actually attempt proactive prevention of this kind to its actually-efficacious extent, then one might as well just auto-suspend travel with any Australian state or territory as soon as they report a single community case. Or even before then, since by the time community transmission is picked up, there can already have been any number of persons infected with the virus and potentially carrying it on further into their local communities of operation or destination-locale.

And at that point, you begin to wonder what the point of even having a ‘travel bubble’ in the first place was supposed to be.

Which might be no bad thing, considering only a minority of Kiwis were actually that keen on the idea to begin with when the tourism industry and Opposition were attempting to prod our Government into premature action in enacting one, many months ago now.

After all, I am not entirely sure it’ll prove to have been ‘worth it’ to get some few Australian tourists coming over here for a weekend away and visiting Te Papa (now closed as a ‘location of interest’) if the cost to our nation proves to be a city-wide lockdown of Wellington, etc.