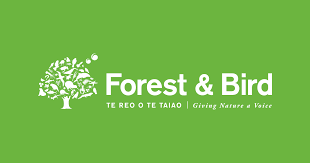 The Government needs to be more ambitious with its plans to restore the Hauraki Gulf back to the thriving ocean ecosystem it was only a few generations ago.

“The Minister of Oceans and Fisheries David Parker and the Minister of Conservation Ayesha Verrall deserve credit for getting us this far and there are good proposals here, but if we want to bring back healthy ecosystems and abundant marine life we need to go further,” said Forest & Bird CE Kevin Hague.

“Around 20 percent of the world’s seabird species have been recorded in the wider Gulf, and almost a third of Aotearoa New Zealand’s seabirds breed there. This is an incredibly important place.

“The severity of the degradation of the Gulf means we need to be ambitious and determined to restore its health. It’s within our reach to bring back the health of the Gulf, but this plan at it stands is unlikely to get us there.

“The big gaps in the Hauraki Gulf plan are around bottom trawling and dredging, runoff, and marine protected areas,” says Mr Hague.

“Fishing methods that harm the seabed, like bottom trawling, must end entirely. Wherever they occur, they devastate the marine ecosystem.

“We have seen no provisions in the strategy for ending the polluting runoff from the Firth of Thames and from Auckland City. Every time it rains, sewage, heavy metals, sediment and mud flow into the Gulf, making it unswimmable for humans and harmful to wildlife.

“There needs to be many more protected areas in the Gulf. The 18 proposed reserves must be a starting point moving towards 30% protection, not the end point in themselves.

“Ecosystem based management needs to allow for the restoration of kelp and mangrove forests, which are essential habitats for fish, birds, and insects, as well as storing significant amounts of carbon.

“The regulatory framework needs to have a feedback loop of monitoring, where it’s mandatory to increase protection if science says that the Gulf is not being restored.”

Forest & Bird urges the Government to increase its ambition by: