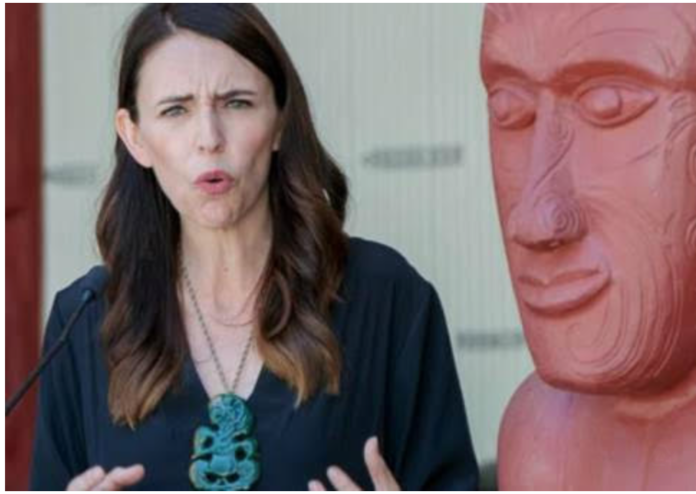 WAITANGI DAY is still more than half a year away: still plenty of time for Ngāpuhi to put things “right”. The promise made at Waitangi earlier this year: that from 2022 women politicians would be “allowed” to speak for themselves; will in all likelihood be honoured. The possibility exists, however, that Ngāpuhi  will refuse to be dictated to by Pakeha feminists. A stiff-necked people, they may decide that their time-honoured tribal customs are not to be overturned at the behest of “White Privilege”. Requiring the Prime Minister to nominate a male colleague to speak on her behalf would, after all, be an interesting test of Labour’s commitment to honour the ways of te ao Māori – a very interesting test.

Certainly, such a requirement would place Jacinda Ardern in a very uncomfortable position. The spectacle of the nation’s prime minister being denied the right to speak to her fellow citizens, personally, on New Zealand’s national day would generate massive antagonism among Pakeha of both sexes. A refusal to be guided by the customs of Ngāpuhi , on the other hand, would be regarded as a slap in the face by the whole of Maoridom. It would be interpreted as proof of the fundamental insincerity that still bedevils the Pakeha world when it comes to accepting and respecting the values of New Zealand’s indigenous culture.

Given that there are a great many more Pakeha than Maori, simple political arithmetic suggests that the Prime Minister’s best course of action would be to politely decline the invitation to attend the Waitangi Day celebrations on 6 February 2022, and find a less contentious venue from which to deliver her speech. That course of action would not, however, be politically cost free. It is easy to anticipate the Maori Party’s response to Jacinda’s “slighting” of Ngāpuhi . It would be presented as confirmation that for all their fine words about “partnership”, with Pakeha it is always “My way – or the highway.”

In left-wing circles the debate would be even more intense. Critical Race Theory would enjoin Whites to step away from their cultural and political privileges and accept the judgement of Ngāpuhi’s decision-makers. To do anything else, it would be argued (at least by some) requires the elevation of Pakeha notions of equality and liberty over Ngāpuhi’s understanding of women’s and men’s roles in the ceremonies of welcome and the processes of deliberation. Any assumption that the Western liberal tradition must take precedence over indigenous custom, these leftists would contend, is prima facie evidence of white supremacism. The Prime Minister would, in effect, be saying to Ngāpuhi : “My people’s values are superior to your people’s values.”

What’s more, that would remain the message, even if she chose to spend Waitangi Day somewhere else. Indeed, these leftists would argue that, in those circumstances, the message would be made much worse. By choosing to deliver her speech on the grounds of Government House – or somewhere like it – the Prime Minister would be guilty of “othering” Ngāpuhi . No matter what the text of her address might say, the sub-text would be crystal clear:

Isn’t it a pity that the sexism of Ngāpuhi is so deeply entrenched that civilised interaction between New Zealand’s two principal ethnicities has, for the moment, become impossible? We must earnestly hope that in time – and we hope that time is soon – they will decide to join us all in the modern world.

That was, after all, the essence of the message sent out by the last National Government when it decided to steer well clear of Waitangi until Ngāpuhi were prepared to meet the expectations of the New Zealand Government vis-à-vis the dignified celebration of Waitangi Day. To declare – albeit sub-texturally – that on the 6 February 1840, Ngāpuhi  did, indeed, surrender their sovereignty to the British Crown.

Within Labour’s parliamentary caucus there are plenty of MPs – and not just those holding the Maori seats – who would be extraordinarily uncomfortable with such a message being sent out by a Labour Government. For them, the steady progress being made towards the bi-cultural nation envisaged in the He Puapua Report represents the biggest and most important project in which they are ever likely to participate. They believe in te Tiriti o Waitangi, they believe in the partnership model, and they believe that kawanatanga and rangatiratanga are two distinct political concepts. Co-governance will not, however, be possible without consistent and mutual respect for the customs, practices and values of the Pakeha world and te ao Māori.

Which is why, if Ngāpuhi insist that Jacinda accept the tradition that women do not speak on the paepae, then the Prime Minister will nominate a male colleague to speak on her behalf. Equally, however, Ngāpuhi is most unlikely to demand that of her. Stiff-necked Ngāpuhi  may be – but no one has ever called them stupid.