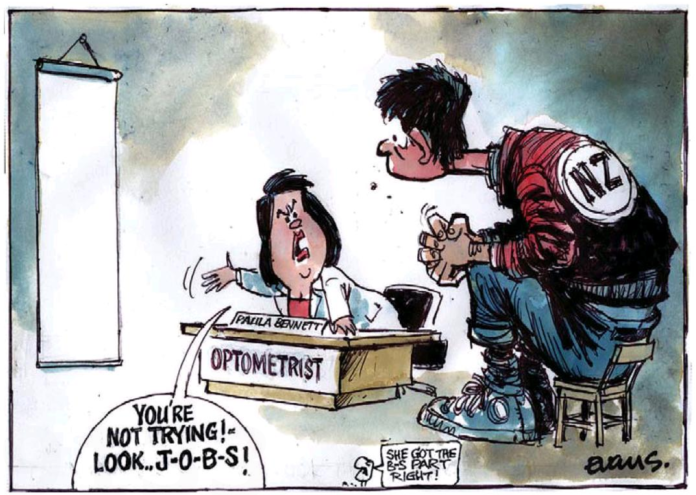 Bennett said she believed the National Party caucus should have held its nerve after National’s polling started tumbling in the early months of Covid-19.

“They needed to grow some. Too many of them had had it too easy, to be blunt with you. They hadn’t gone through what we’ve just been through in the last six months. They needed to take a breath and just sort of work their way through it. But there were forces that were bigger and at some point I thought ‘Simon and I are just going to be undermined the whole way through’.”

…the cavalcade of political circus freaks who imploded during the election campaign, Boag, Walker, Falloon, Merv from ZB, Gerry Brownlee’s conspiracy theories and Judith starting a fight with fat people makes it easy to forget the catalyst for this appalling meltdown was driven by the National MPs themselves when they turned on Simon Bridges to plant Todd Muller in as leader.

Muller had all the false confidence of a tall man and imploded but the venal cowardice and self interest of the National MPs who were spooked by low polling hasn’t been examined and blamed enough for National’s eventual downfall.

The moment those born to rule prick National Party backbenchers thought they were going to be made unemployed, they turned on their leader to try and save their own skins.

What better example of what National actually stand for other than venal self interest and cowardice?