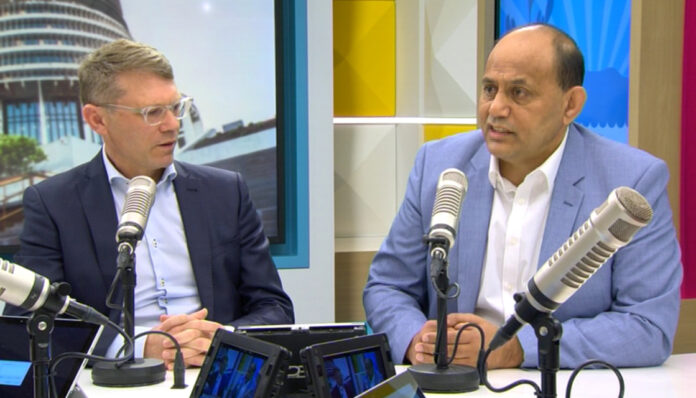 “The reality is that Māori have suffered through colonisation,” Māori Development Minister Willie Jackson said today in response to comments made over the weekend by National MP Paul Goldsmith around colonisation being good “on balance” for Māori.

The Maori Party and Green Party have erupted calling Paul’s comments ‘dangerous’ and ‘disgusting’ which is their right but this moment is simply too important to allow our anger to eclipse a real learning moment here by simply cancelling Paul because many, many, many Pakeha do think that the technology and gifts of western democracy somehow make past grievances and injustices invisible and irrelevant:

That is why I am officially inviting Paul Goldsmith to come out to my Marae to speak with my people about the impact of colonization and whether or not plastic, chewing gum and washing machines replace a colonization experience that almost killed our entire people while removing them from 95% of their land in less than a century.

In 2017 I gave a speech at the same RSA as Don Brash’s infamous Orewa speech, this is how I ended it.

The myth of Maori separatism is created because people would prefer to think of righteous Maori grievance as something that requires separating so that the majority don’t have to see it, hear it or interact with it.

It is a dangerous myth that alleviates obligations to respond to our shared history of colonialism. Maori lost 95% of their land in less than a century and were almost wiped out as a race altogether at the turn of the 20th Century.

Generational poverty caused from the loss of our economic base is alive and well right now in every social statistic that shows Māori failing. Listening to, understanding and responding to those legitimate complaints and the reality that has created today doesn’t require separatism as the solution.

Maori don’t want to be separate from the country we live in. Maori want what every NZers wants, to be included and respected.

We need to all work together to make the promise of New Zealand one that is shared by us all.

Don Brash’s Orewa speech was a cynical manufactured racial smear calculated to twist the best egalitarian values of us as a people into a misdirected group with all the rationality of a lynch mob.

I’m here 13 years later to tell you that we are better than that manipulation by Don Brash and that Māori are still waiting to be partners.

It’s time you joined us.

Come and join us Paul, come to my Marae and listen to my team and young people tell you what colonisation did to us as a people.

They know those stories because we carry that legacy with us Paul, while we are grateful for electricity, smart phones and the combustion engine, our hearts and soul were branded by historic injustice that can’t simply be washed away by a sale at Briscoes.

We are always welcoming to help enlighten you from your very narrow view on Colonisation and hear first hand the hopes of the next generation who want to live free from the unconscious bias and long standing petty bigotries that gnaw all our lives.

You need this insight to be a whole New Zealander Paul. Stop playing games with Māori and spouting out nonsense it’s time you learnt some history from people at the coalface who have suffered from the effects of colonisation .

Come to my Marae and we will tell you the real story.

…’while we are grateful for electricity, smart phones and the combustion engine, our hearts and soul were branded by historic injustice that can’t simply be washed away by a sale at Briscoes’.