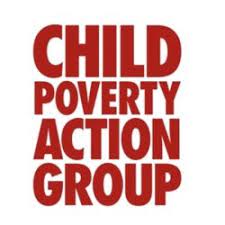 Child Poverty Action Group welcomes the income support increases announced today by the Government, saying the rises will be a good step towards income adequacy for many children in need.

“The changes today are useful if insufficient. Our modelling shows the changes fall short of liveable incomes, but these increases should still be high enough to make a difference for many families,” said CPAG spokesperson Professor Emeritus Innes Asher. “This holds particularly for couple families, who are currently worst-off.”

CPAG modelling shows many families paying low rent have income below poverty lines by around $100 – $230 a week. The increases announced today will mean their incomes will be boosted by around $40- $115 a week. “Families will still have a shortfall, but it will be smaller,” says Prof Asher.

If Government forecasting is correct and 19,000 to 33,000 children are lifted out of poverty by these changes, that will still leave 180,000 to 190,000 children in poverty.
“This is not yet the transformation that WEAG anticipated,” says Prof Asher who was a member of WEAG.

CPAG would have liked to have seen the Government introduce all increases on 1 July this year. Many of the increases will not be introduced for almost a year. “Why wait? It is a pity, as children’s brain development needs food security and a lessening of toxic stress now,” says Prof Asher.

Disability allowances have not changed at all. “We’re also concerned that many children in households with disabled members are not affected at all by these changes – and yet they are nearly three times as likely to live in hardship than other children.”

Hundreds of thousands of people receiving supplementary assistance will not receive the full benefit increase as they will also face clawbacks. Some of the 88,000 households receiving Temporary Additional Support will not see any change to their income, as TAS abates at 100%.

“There’s still a lot of work to be done if the Government is to remove all the unnecessary barriers that successive governments over decades have put in the way of families caring for their children,” said Prof Asher. “We congratulate the Government on lifting income support today – and we look forward to them taking further necessary steps such as improving Working For Families, forgiving debt and stopping counter-productive sanctions in the near future.”