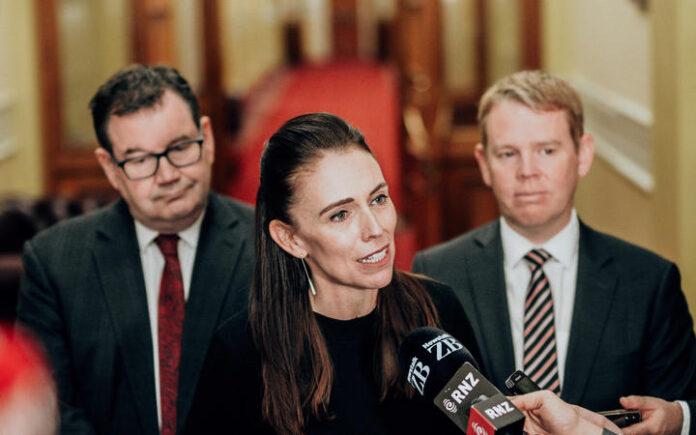 This week the wheels came off the ‘Jacinda Ardern express’ with backlash against a perceived pay freeze for public sector workers who are ironically also called public servants. They are the working class loved by Governments in times of crisis, but dismissed as ‘bureaucrats’ when austerity ideologies demand sacrifices. An earthquake of anger shook the social mediaverse, I saw disavowals, membership cancellations, renouncements of support from even the most faithful. Labour were seen to sell out their key constituency, public sector workers and unions, and to undermine the good faith provisions of collective bargaining.

Grant Robertson’s justification of the perceived pay freeze carried no weight. To say the unquantified savings were required for a rainy day were insensitive and ill placed – because if this current crisis of capitalism isn’t a rainy day – what is? A pandemic; a health system near collapse – even without Covid; key electoral promises unaffordable; a housing crisis of epic proportions; homelessness and the band-aid responses inhumane and unsustainable; a biodiversity and climate emergency; inequality at ever greater scale. Meanwhile debt is comparatively low, the Government’s books were healthier than expected, the economy and employment are relatively booming. But government workers shall earn relatively less, because there might be a rainy day? It was poorly communicated policy at best, unnecessary at least – and definitely unkind.

A week on, Jacinda herself has stepped out of this policy’s shadows to lay a calm and reassuring hand on the situation and to offer reassurance that it never was a pay freeze, there are still pay scale advancements, negotiating to be done, and there is an opportunity to review.

The Government heard the angry response – both online over the weekend, and through meetings with unions today. Sensitive to public opinion and perhaps surprised at the public perception and mood, they are keen to convey a more nuanced position about what’s ‘really’ involved. What has been surprising all round, is that they lost control of the message to start with. If it wasn’t as bad as it seemed, and the policy is a conservative one with little real change for workers, then why did it feature at all, given the amount saved was unknown. If it really was a wage freeze – as it seems, and the Government wants to reduce equality, then it doesn’t make much sense to include middle income earners rather than to focus on those at the top who earn the disproportionate most. It was both an unusual misstep upon supporters, and an unusual miscommunication. Was this policy and its response just a rare political mistake, hubris; a clever strategic move given the Fair Pay Agreement announcements; or is the response an overreaction, public dissatisfaction and mid-regnum fatigue?

Nonetheless, there’s been a bounce back on social media, the faithful are returning. There were some lovely Mother’s Day pictures of a card Neve made her mum, and the wedding is planned for summer. There’s still a truckload of goodwill.

Jacinda may rue – and disavow certain words from her lexicon in the future – including transformational, nuclear-free moment, light rail, kiwibuild, delivery…(though that will be hard with the new PMO delivery unit). Even though we’re heading into winter, after the political storm of the past week, ‘freeze’ may be added to that list.

But words matter –  Grant Robertson and Jacinda Ardern will hope their reframing of the policy proposition as to ‘lift (the lowest paid) /adjust (the midrange- $60-$100k) / and hold (those over $100k)’ pay, to address ‘inequality’ will gain traction. Public service pay rates can drive inequality, but it’s not the $60-$100,000 per annum wages that are doing that, it’s the $100,000 to $800,000 plus. Sure they are included in the ‘hold’ but when you’re earning more, the proportionate hit is less and the inequality remains.

The evidence that the Government’s policy was taken in bad faith by even devoted supporters shows their loyalty and that support shouldn’t be taken for granted. But that the pay freeze was suggested in the first place shows that Labour’s support for the interests of labour, can’t be taken as given either.