We need to talk about THAT cartoon. The one The Daily Blog published three times, that depicts Zionism as a virus, with a familiar-looking Nazi-style “S”. The one by Malcom Evans, who claims he was dumped by the NZ Herald for an anti-Israel cartoon, although the Herald has publicly refuted that.

But not everything negative you hear about Israel constitutes “criticism”. Lies, conspiracy theories, a denial of history and facts, a refusal to acknowledge that Israel exists or a call for it to be dismantled or destroyed, alone among all the world’s nations …none of these are “criticism” of Israel. It’s strawmanning to pass it off as such.

For example, saying that Israel was behind 9/11 is not criticism of Israel. Neither is declaring that Israel’s spy agency Mossad and “Zionist business houses” were behind the Christchurch mosque attacks, as the chairman of New Zealand’s biggest mosque did at an “anti-racism” rally just after those attacks.

But if they don’t mention Jews or the Jewish people, can those assertions be antisemitic – expressing or manifesting hostility or hatred towards Jews?

Yes. As with any form of racism and prejudice, antisemitism is sometimes expressed through what is known as a “dog whistle” – a codeword, basically. “Rothschild” and “Soros” have become two such dog whistles. They can, of course, still be used legitimately. It depends on context.

Likewise, “Israel” as the world’s largest collectivity of Jewish people can be used as a proxy for the Jewish people. So too can “Zionism”, which Jews define as the movement of self-determination in their ancestral homeland, and for the vast majority of Jews is integral to Judaism, embedded in millennia of prayer, literature and observance. Israel, Zionism and the Jewish people are inextricably linked, in people’s consciousness, in Jewish identity, in history and in contemporary reality.

This means that the symbols, images and conspiracy theories of antisemitism are sometimes applied to Israel, Zionism or Zionists as proxies for Jews.  So what are they?

Antisemitism, sometimes described as the oldest hatred, mutates over time but, at its crux, is a conspiracy theory in which a shadowy cabal of Jews (who comprise just 0.2% of the world population) exercise outsize power to inflict a nefarious agenda on unsuspecting non-Jews. After the crucifixion of Christ, Christianity propagated the idea that Jews had manipulated Romans into doing their bidding – a calumny that has been responsible for countless antisemitic attacks, pogroms and murders.  In the early 1900s, the Russian forgery The Protocols of the Elders of Zion, which heavily influenced Hitler, claimed that Jews were conspiring to overthrow the world order and control global economies and governments.

Jews are, in this worldview, “rootless cosmopolitans” worming their way into societies, leeching off and polluting their hosts, bloodthirsty and blood-sucking. In the Middle Ages, the “usurious Jew” was said to suck the blood out of people (Christians were forbidden from usury, and Jews could only do those occupations Christians were barred from, so often ended up in money-lending). The blood libel was also prolific, claiming that Jews used the blood of Christian children for ritual purposes.

But this view of the Jew as parasite is not just metaphorical. Another longstanding canard about Jews is that they are disease-carriers. We have all heard the phrase “dirty Jew”. In the Middle Ages, they were scapegoated for spreading the Black Plague through the “poisoning of wells” (Jews were less affected by the plague, possibly because they were isolated in ghettos and because of their ritual hygiene practices). Pogroms occurred throughout Europe; over 500 communities were destroyed. In Nazi propaganda, Jews were equated with and depicted as vermin, to be exterminated. Recently, Jews have been accused of spreading COVID-19.

The Evans’ cartoon depicting Zionism as a virus invokes the trope of Jews as virus-carriers, polluters, parasites (and used, the first time, alongside a headline that read “The Final Crucifixion of Jeremy Corbyn”, as Christ-killers). It used the font for the “S” from the Nazi “SS”, presumably to equate Nazis with Zionists. I am not going to merit that with an explanation of why invoking the Nazis is completely inapposite and calculated to be as offensive as possible. I will say, though, that Holocaust inversion is what Deborah Lipstadt, the Holocaust scholar who defeated the Holocaust denier David Irving in court, labels “soft-core Holocaust denial”.

The cartoon is antisemitic.

You may not agree with me. You may think you know more than Jews about what antisemitism is, or are as well-equipped to identify it, although in that case you can’t plead ignorance when you traffic in antisemitic stereotypes or conspiracy theories. You may disagree with the Macpherson principle that minorities have the right to define what constitutes prejudice towards themselves. But if you think only Jews don’t have that right, or your starting point is that – as this site often claims – Jews conspire to make accusations of antisemitism in bad faith, to suppress criticism of Israel (even when there is no “criticism” of Israel), and aren’t willing to hear them out and consider the kinds of arguments that I make here, you might want to ask yourself why.

I don’t make accusations of antisemitism lightly. If anything, I avoid them, because I know I will be pilloried when I do.  I try to give people the benefit of the doubt, not assume ill intent. I would like to be given the same treatment.

I will finish as I started, with something I hope we can agree on. The best way to address perceived racism or prejudice of any sort is through education, dialogue and debate, through more speech not less, but that depends on engaging in good faith. That is how we learn and challenge ourselves, and that is why I appreciate the opportunity to discuss the cartoon here.

EDITORIAL STATEMENT: While TDB disagrees the cartoon is antisemitic, we do accept that it could cause the NZ Jewish Community needless offence and so won’t republish the cartoon. 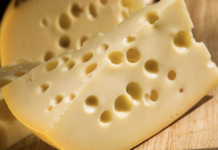 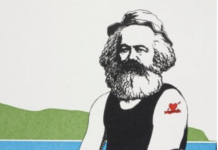 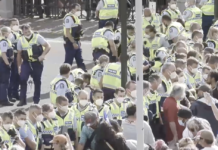 GUEST BLOG: Dave Brownz – How workers are used as fascist fodder to create a fascist state to smash the socialist revolution