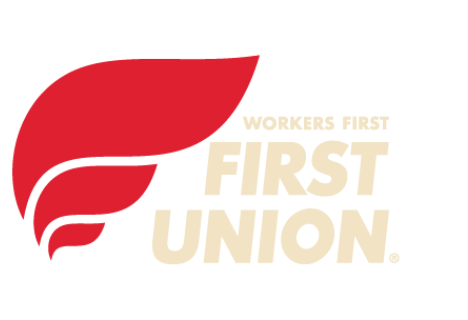 Last week’s illegal lockout of Wellington-based NZ Bus drivers has yet again shown us that private businesses simply aren’t fit to run New Zealand’s bus systems, with this lockout becoming the latest in a long line of failures and breakdowns under the ‘PTOM’ privatisation experiment that must end now, FIRST Union said today.

The Public Transport Operating Model (PTOM) is a framework developed in 2009 between Government, councils and private operators like NZ Bus that underpins the delivery of bus services around the country, and represents the most recent iteration in a series of moves to privatise public transport over several decades. Jared Abbott, FIRST Union Secretary for Transport, said that privatisation has meant a race to the bottom on bus drivers’ wages and conditions as companies compete for the lowest bids to deliver services, resulting in poor wages and conditions, strikes, lockouts and reduced services nationally.

“In fighting fair wages rises and eventually locking out drivers for not accepting a pittance, NZ Bus are in the company of other private operators like Go Bus and Ritchies, who have used the same tactics again and again and will continue to do so until we see real systemic change,” said Mr Abbott.

“We’ve seen Go Bus similarly lock out drivers in the Waikato for not accepting poverty wages – even though the local council committed the money to pay drivers a living wage, they only settled the issue after further strike action and intervention from politicians.”

“We also witnessed Ritchies losing a major discrimination case in Otago after holding back wages from FIRST Union members in a clumsy attempt at union-busting that the court saw right through.”

“In 2019, Auckland-based NZ Bus drivers took a non-disruptive strike action of refusing to collect passenger fares while the company continued refusing to pass on a living wage, and in return, they were suspended en masse and services were cancelled.”

“It’s time to learn our lesson at this point – privatisation of public transportation isn’t working, it’s never worked, and it has to go now. PTOM is a failed experiment and the review, which is supposedly due this year, can’t come soon enough.”

“History shows us that the only time these companies do the right thing is when someone forces them to.”

“We have to remember that this model wasn’t created because it was better than outright public ownership – it was because investors could make more money from it, and it happened under a National Government for a reason.”

“Now Labour Ministers have guaranteed to sort it out and ensure these private operators pass on living wages to their drivers, but they are dragging their heels and drivers are paying the price.”

“Bus drivers are essential workers who have kept the network running during a year from hell, including being on the frontline during the pandemic and subject to assaults and thefts while their own employers fight against them at every turn.”

“No bus driver I have ever spoken to thinks privatisation has in any way improved their working situation or the service they are able to deliver.”

“NZ Bus was acquired by Australian private equity group Next Capital for $229m in late 2018, and the sale price alone shows that the service is making money – under public ownership, that would be returned to drivers and passengers rather than overseas shareholders.”