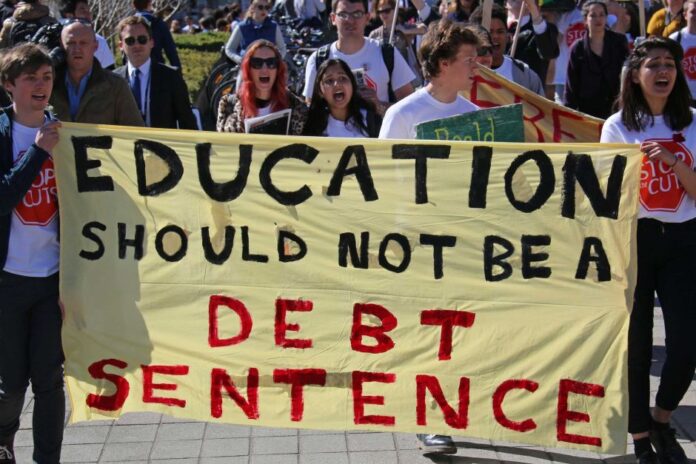 I spent the weekend in Dunedin at a hui on the Otago University campus. Even though I never studied there, it resonates with history for me.

It was the early 1990s and the Alliance was the only political party opposing the imposition of tertiary fees. Students were up in arms at the burden that had been imposed on them by the Labour Government and then by the National Government.

Lockwood Smith as Minister had promised in the 1990 election that National would abolish the new tertiary fee.  And he did, but then required the universities to charge instead.

This was a disaster and was the beginning of the clever trick of devolving responsibilities to institutions while underfunding them. We have all paid the price for that.

We used to have such fun at Otago.  There was the famous occasion when Lockwood Smith chose to escape out of a back window rather than face the madding crowds out front. He got caught – a moment hopefully of shame for him.

Otago were not always their own best friends. On one occasion the Council was meeting to decide fees and Jim Anderton went down to support the students. The Council trespassed him, which was pretty daft as it was at the height of his popularity and brought a lot of unwanted attention onto the university.

There was one famous interview by Paul Holmes with the then Chancellor, a Mastermind winner called Judith Medlicott. I understand she was a very interesting person, but I only knew her for that botched interview.

If I remember correctly, that crucial meeting of the Council was cancelled, as well as Jim being booted off campus.  Judith was asked why.  I can still remember her reply.

“The students were cluttering up the stairwell and they wouldn’t move. It was a safety issue”.

It was too! There was only one entry and exit point from the Council chamber, and the students were settling in for a bit of a siege.

It was all very exciting times. Eventually, however, students became ground down by the weight of fees and responsibilities and their activism quieted.  The moment of being able to reclaim fully funded tertiary education was lost, with dreadful consequences.

A few years later I chaired a select committee inquiry into student fees and loans. We heard excellent arguments from people about the effects of debt on young people, but again the Alliance was the only party opposing debt so nothing happened. I did get to meet an outstanding young man, Andrew Campbell, then President of the Otago University Students Association.  He was such a strong advocate for students and I named him St. Andrew. He is now Jacinta’s chief of staff.

So the ghosts of protests past all come at me as I walk across the lovely campus, enjoying the autumn sun. Kia kaha, Otago.