The Government’s Smokefree Aotearoa 2025 Action Plan provides the country with the best opportunity to deliver on the 2011 national smokefree ambition.

However, if we are to succeed, we need to use all the tools in our toolbox and follow the evidence, not the emotion. Thankfully, new Associate Health Minster Dr Ayesha Verrall intimately understands public health and tobacco harm reduction.

Her recently released action plan discussion document showcases the bold measures that need to be taken if we are to become smokefree – meaning 5% or less smoking.

With the consultation period now underway, one key thing that is absent is the explicit acknowledgement that vaping is by far the best smokefree tool we have. In fact, it’s the most effective smoking cessation tool the world has ever seen.

International evidence points to vaping being considerably less harmful than smoking. Public Health England puts it at 95% less harmful. Evidence also concludes, that unlike smoking, there is no second-hand risk to others.

At 11.6% percent, the number of adult New Zealanders smoking is at an all-time low. This has been achieved by increasing tobacco excise, and though education. As it stands, smoking still kills about 5,000 Kiwis a year – or 12 people a day.

With approximately 200,000 adult Kiwis now regular vapers, vaping’s contribution to the lower smoking rate has also been significant. In short, vaping has been very successful at getting Kiwis off the cancer sticks. It will also be key to others quitting if vaping products remain accessible and appealing to adult smokers keen to switch.

One of the big threats to smokefree, however, is the tendency for some community leaders and commentators to treat smoking and vaping as almost the same. It’s a ridiculous lumping when one has killed 50,000 Kiwis in the past 10 years while the other has not led to one reported death in New Zealand but has instead saved thousands of lives.

Some have claimed there’s a vaping epidemic in our secondary schools, with many highly emotive anecdotes making the media, but they’re simply not backed by the evidence.

Here’s the empirical data: Last year after examining a survey of over 27,000 students, University of Auckland researchers confirmed there was no youth vaping epidemic in New Zealand. They found that only 0.8% of 14 and 15-year-olds were regular vapers.

What’s more, currently only 0.4% of teenagers over the age of 16 are daily users of vaping products, compared to 3% of youth who smoke cigarettes daily.

The conflation of anecdotes and the twisting of statistics to muddle experimentation with daily use is a common tactic, However, it’s not born out in the data readily available on government websites.

Then there’s the old chestnut that vaping’s colours, flavours, and packaging all supposedly attract teenagers to vaping. However, those who continue to run this line overlook the fact that new Government regulations, being rolled out, address all those issues.

Vaping products are strictly R18 and if retailers are caught in breach, tough penalties apply. Nor can young teenagers buy vapes online by just ticking a box claiming they’re 18 or over.

R18 courier bags have long been used by the likes of Alt New Zealand for online ordering – where couriers must sight identification before handing packages over. This policy is now in fact mandatory for all national courier companies to enforce when delivering vaping products.

Nor does anyone claim that vaping is healthy or even completely harmless. In reality, vaping advocates only ever say that the practice is much less harmful than smoking, and it works.

Back to the smokefree discussion document. Consultation closes on 31 May. I support tougher rules and regulations for tobacco. However, the Government would better advance smokefree if it also focused on risk proportionate measures for vaping.

For example, the separate move to ban all but three vape flavours from general retailers such as supermarkets from 11 August is not risk-proportionate regulation. It’s completely over the top and will only make quitting cigarettes harder.

The discussion document should have picked up and ran with vaping’s success. Afterall, the Health Ministry, Health Promotion Agency, and District Health Boards have all successfully run ‘Vape to Quit’ promotions and programmes for years.

Vaping should be a cornerstone component of the final smokefree action plan. Sadly, I suspect it won’t be. Too much negative emotion and media still surrounds vaping despite it being a saviour for ex-smokers like me, as well as saving me a lot of money.

If we were evidence-led and embraced vaping as a friend not a foe, the massive goal of Smokefree Aotearoa could become a reality, but only then.

AVCA is encouraging smokefree supporters, as well as vape consumers and businesses, to review and submit on the Government’s discussion document before 31 May 2021: 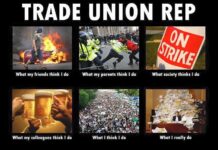 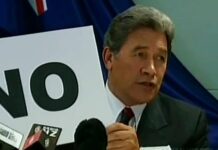 IF NZF come back – maybe they can explain this incompetence 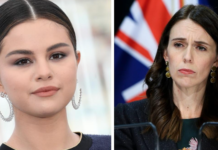