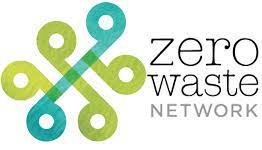 A coalition of organisations and businesses are collecting signatories to an open letter urging Environment Minister David Parker to introduce a comprehensive beverage container return scheme.

Zero Waste Network spokesperson Marty Hoffart says a container return scheme which excluded specific beverage containers, such as glass bottles, would not work. It has to be comprehensive to be effective.

“The Government has invested 18 months of work into figuring out how a container return scheme would work, but unfortunately vested industry groups are pushing hard to exclude glass from the scheme.”

“It would be bonkers not to include glass in a container return scheme. Glass is a carbon-intensive material which requires a lot of energy to make from virgin materials, so we need to prioritise collecting it in the best state for reuse and recycling.”

“The benefits of comprehensive container return schemes are well-proven. Higher recycling rates, more refill systems, less litter, less waste to landfill and more jobs – how can you argue with that?”

Mr Hoffart said it wasn’t surprising that industry groups are advocating against a change, when local councils and ratepayers are subsidising the industry by paying the lion’s share of the cost of glass recycling.

“Leaving one material out creates an unfair, unequal playing field for different industries, increases the cost of the system for communities and councils, and makes any container return scheme less effective.

“Industry groups say their own schemes are better. But the evidence to date shows industry-run schemes have not worked. The glass recovery rate has remained more or less the same over the past decade.”