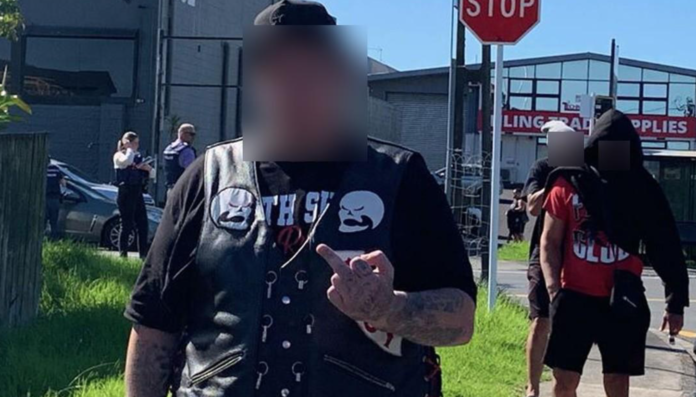 A slew of police officers were called to the Head Hunters MC gang headquarters in Auckland after shots were fired overnight on Sunday.

Several police officers were outside the gang’s HQ on Marua Rd in Ellerslie along with unmarked police cars on Sunday.

Gang members were waiting outside while police carried out their enquiries, with one member giving the finger to a Newshub camera.