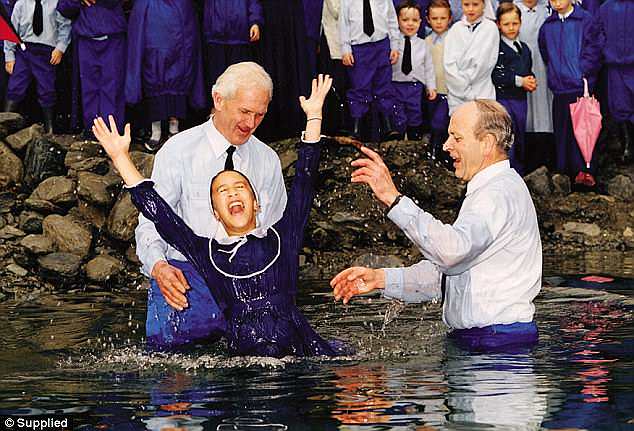 1 NEWS can reveal that Christchurch-based lawyers Nicholas Davidson QC and Stephanie Grieve have been asked by trustees to hold an independent inquiry of issues arising at Gloriavale.

In a statement, Davidson and Grieve told 1 NEWS that “there is no fetter on that inquiry”.

The pair said the report will go to the trustees “for them to respond as they see fit and it is confidential to them unless they choose to publish in any form”.

The Christian Church Community Trust, which administers the running of Gloriavale, has four internal trustees as well as three independent trustees.

In 2019, a letter was signed by 35 ex-members of Gloriavale, alleging physical, emotional and spiritual abuse, as well as pressure for members to lie to Government agencies like Oranga Tamariki and police.

Former member John Ready filed civil proceedings in the High Court at Greymouth in September last year, seeking the removal of the trustees that govern Gloriavale for poor conduct, mismanagement and dereliction of duty.

Comrades we have an obligation to support the survivors of Gloriavale.

As a liberal progressive democracy we all have to tolerate religion.

And goodness I tolerate it.

I tolerate that the churches don’t pay tax.

I tolerate their belief in a magical flying invisible wizard who casts spells.

I tolerate the damage these religious fanatics have caused.

We tolerate these fanatics when they stop educating their children so that they remain brainless worker drones,  what parent could ever hold their head high knowing they have purposely kept  their children blind and stupid to the wonders of this world?

And it is this tolerance that obligates us to fully support all Glorivale survivors who manage to escape this cult with wrap around services and welfare benefits.

We tolerate these cultists because we tolerate religion, but by doing so we write off the children they purposely keep stupid. If anyone manages to escape, we have an obligation to support them because we so willingly turn a blind eye to their abuse in the name of tolerating their fucking religion!

We owe those who escape because we wouldn’t lift a finger while they were being abused.

This is just another reason why I will do everything in my power to be the first Kiwi to break any bullshit blasphemy law Labour try and force upon us as their response to the white supremacist terror attack in Christchurch because while I tolerate religion, I sure as Christ will not fear them when I criticise them and their stupid fucking beliefs.