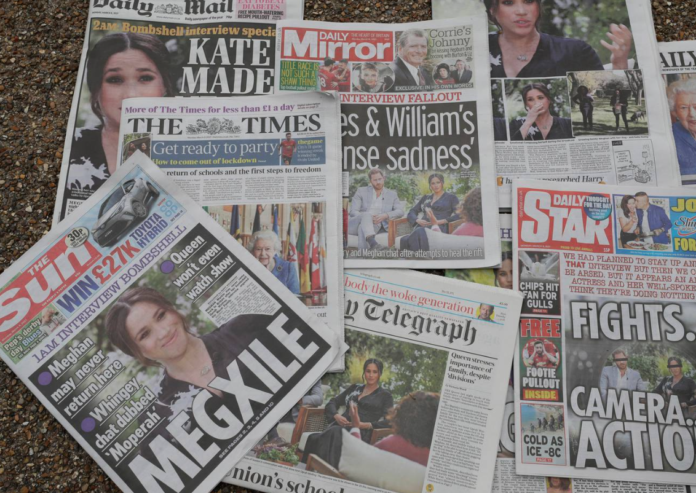 Popularity of Harry and Meghan plummets in UK after Oprah interview, poll says

LONDON (Reuters) – The popularity of Prince Harry and his wife Meghan has tumbled in Britain and has never been lower following their explosive interview with U.S. chat show host Oprah Winfrey, according to a poll on Friday.

I’m not relitigating the interview,  but I want to point out again, her own words leave us with no wriggle room when we are apportioning blame here…

Right at the start of the interview, Meghan said she was unprepared for the reality of being a working royal when she married into the family.

“I went into it naively, because I didn’t grow up watching the royal family,” she said.

“I didn’t do any research. I’d never looked up my husband online. Everything I needed to know, (Harry) was telling me.

“What does it mean to be a working royal? What do you do? What does that mean?

…put aside the enormous hole in her basic general knowledge in not knowing anything about a 1200 year legacy like the British Royal family, but she didn’t even bother researching what she was getting herself into means it’s all on her surely?

She had no idea what she was getting into, didn’t like the working Royal responsibilities and felt she wasn’t given enough support so just broke up a family because you know, hashtag mychoice hashtag empowerment.

I love how the Millennials see Meghan as a feminist icon, when of course the Queen is the most powerful Matriarchy on earth. If there’s an award going for feminism here, it’s the Queen who wins it!

The Queen fought the Nazi’s FFS! Meghan starred in Suits.

I have been fascinated by the clash of culture between the public service duty orientated Greatest Generation who the Queen represents and the Millennial  me me me shallowness of those supporting Meghan.

When you see everything through the lens of identity politics, you end up as tribal as a Qanon fanatic.

The woke argued that Meghan smashed the heteronormative cis white colonial patriarchy by marrying into the cross burning klansman of the Royal Family, and that all the Piers Morgan like hate directed at her is evidence of the vast misogyny of privileged white men.

What the vast majority of those who watched it thought however was that Meghan blundered into a family with no idea of the obligations in a gleeful spectre spectacle of ignorance and once there, didn’t;t like it, threw a princess and the pea tantrum and broke up a family that everyone loved.

In the wake of watching that Oprah interview, the vast majority now have a very unfavourable view of Meghan and Harry, and the language of catastrophe promoted by the woke to generate grievance traction is falling terribly flat.

The difference between the twitterverse and the real world is becoming terribly disconnected.