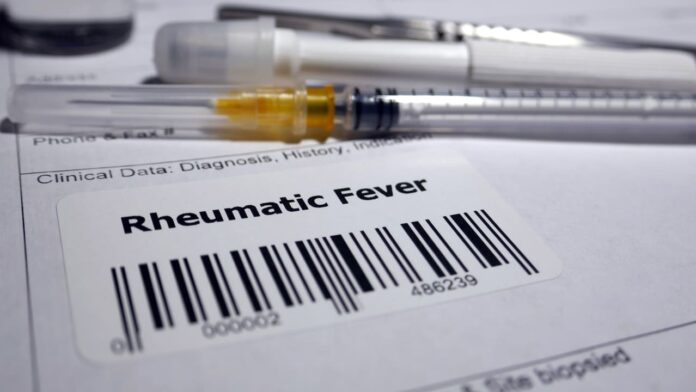 Arguably the biggest challenge facing New Zealand’s 20 district health boards (DHB)s is that the biggest driver of health demand and therefore financial costs is external to the health system. This places DHBs in the unenviable position of being unable to do much more than being an ambulance at the bottom of the cliff.

The driver is what are known as social determinants of health. They include housing access and quality, educational opportunities, environmental factors, occupation, income level, food insecurity, racial discrimination and gender inequity. For good reason former Prime Minister Helen Clark has noted that her work as a housing minister did more for the health of New Zealanders than her work as a health minister.

The effects of these social determinants of health are highlighted by a well-written article by Stuff health journalist Bridie Witton (10 March) on a sharp increase in rheumatic fever in the Wellington region: https://www.stuff.co.nz/national/health/124482435/poverty-poor-housing-contributes-to-increase-in-rheumatic-fever-in-wellington.

A disease that shouldn’t be here

Rheumatic fever is a serious but preventable disease that can result from inadequately treated strep throat or scarlet fever. It causes inflammation, especially of the heart, blood vessels and joints. Symptoms include fever and painful, tender joints. Treatment involves medication, sometimes for life. It mainly affects Māori and Pasifika children and young people (aged 4 to 19 years), especially if they have other family members who have had rheumatic fever. Around 130 people die of the fever each year of whom 95% are Māori and Pasifika.

This rheumatic fever increase should be seen in the context of a disease that has been almost eliminated from developed countries like New Zealand. It is attributed to one of the main social determinants of health – substandard housing.

In the Wellington region 14 Māori and Pasifika children and young people in Porirua and Lower Hutt had the fever in 2020 compared with 8 in 2019. Normally the number of children hospitalised with acute rheumatic was 1 or 2. In 2020 it was 9. Nationwide, incidents of the disease increased by 25%.

For good reason Dr Nikki Turner, Immunisation Advisory Centre Director (Auckland University) of Auckland considers the sharp increase to be a “worrying sign” because of the close alignment with poverty and particularly poor housing worsened by the economic difficulties resulting from the Covid-19 pandemic.

Dr Turner’s worry was expressed more vividly by Dr Bryan Betty, a Porirua GP who is also Medical Director of the Royal College of General Practitioners. Describing it as a disgrace he said that “It is devastating for children and young adults, their whanau and society. We shouldn’t have rheumatic fever in this country.”

Ultimately joined up government policies that address the social determinants of health from housing to income to gender and racial inequities will be most decisive. The Government’s healthy homes standards helps by regulating standards in rental homes for insulation, heating and ventilation of bathrooms and kitchens.

But in terms of the magnitude of the problem the effectiveness of regulating rental housing standards is limited in isolation. It needs to be part of a comprehensive strategy across the spectrum of social determinants. Potentially the Government’s wellbeing focus provides a useful framework to facilitate such a strategy.

Implementing the recommended benefit increases from the Government’s welfare advisory group should be a major part of this strategy. Then more people could afford to live in rented homes with regulated standards.

Within the health system there is more that DHBs could do with better primary care funding to ensure more integrated services in high needs areas with low-income families. There is merit in considering direct DHB provision of primary care in these areas where there is insufficient GP and other health professional capacity as the Counties Manukau DHB is presently considering.

But, as important as this is, it is still ambulance at the bottom of the cliff treatment. We need to better join up the health system with the drivers of social determinants of health, in this case the lack of safe social housing.

Two things immediately come to mind that can help operationalise how the health system can do its bit to help address these external social determinants of health. One is the critical importance of ensuring that DHBs know well and are engaged with the populations which they are statutorily responsible for. This includes health status and specific impacts of the social determinants. Unfortunately this is threatened by the proposed creation of a small number of distant ‘mega DHBs’ by the Heather Simpson review of the health and disability system.

Second, the Simpson review recommends the development of locality planning in small geographically defined area. This has the potential to identify how social determinants are affecting the health of local populations, including identifying the extent of unmet health need, in order to advise their DHBs and other agencies on what needs to be done at a micro level.

Rheumatic fever is preventable and shouldn’t be occurring in a developed country like New Zealand. But it is. This devastating disgrace is a direct consequence of successive government failures to address social determinants of health.

Addressing social determinants will rid us of rheumatic fever but this required joined up government policies supported by a health system that has strong engagement with local affected communities.