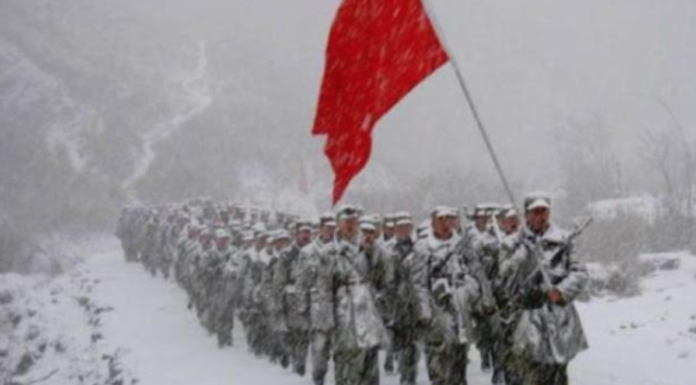 THE POLITICAL ENGINEERING required to transform social-democratic New Zealand into a global poster-child for the free-market was considerable. Most New Zealanders under 50 years of age have accepted a description of the process which is four-fifths propaganda and one-fifth half-truths. The late Bruce Jesson, one of this country’s most astute political writers, characterised the events of 1984-1990 as a “bureaucratic coup d’état”.

Jesson’s description was, however, very far from being the general understanding of “Rogernomics” at the time of its introduction. Most New Zealanders greeted the economic transformation unleashed by the Fourth Labour Government as a welcome liberation from “Muldoonism”. More than three decades after its fall, “Muldoonism” continues to be the preferred shorthand for all the evils David Lange and his Labour Government were obliged to confront.

Muldoonism – and all its wicked works – served an ideological purpose over-and-above providing a never-ending series of anecdotes about the inefficiency and ineffectiveness of the state-dominated economy which the National Party leader and Prime Minister, Rob Muldoon, worked so hard to prop-up and protect. His regime was presented as being so practically and morally dysfunctional that the extraordinary measures employed to bring it down were entirely justified.

Lange, Roger Douglas, and all the other key “Rogernomes”, were presented to the New Zealand public as patriotic heroes – something akin to the Roman senators who assassinated Julius Caesar. Drastic illnesses, ran the argument of the bureaucratic “experts” guiding the Labour leadership, require drastic remedies. Sometimes the people have to be protected from the consequences of saying “No.” Sometimes the best thing you can do is not give them the chance.

Of all the many malign legacies of Rogernomics, this rejection of the democratic mandate – the principle that major changes to the status-quo should not be enacted without first obtaining the explicit consent of the electorate – is unquestionably the most pernicious. It is rendered even more dangerous by the need of its advocates to manufacture a political environment in which the setting aside of democratic norms can be presented as both reasonable and necessary.

The massive devaluation of the New Zealand Dollar of July 1984, followed a few months later by the crucial government decision to abandon the fixed exchange-rate policies of the previous thirty years, only became politically feasible in the context of a run on the New Zealand dollar – a crisis engineered by the very same people who now insisted that no viable alternatives to their preferred policies existed.

That this manufactured financial crisis led directly (and predictably) to a constitutional crisis, from which Muldoon emerged with his reputation even more blackened, bears testimony to the extraordinary skill of the string-pullers behind the scenes. Years later, when one of the Treasury officials most deeply involved in these events was asked whether or not the New Zealand business community of the time possessed either the talent or the will to have initiated the Rogernomics Revolution, he replied: “If we’d waited for them to do it, we’d be waiting still.”

It is hardly surprising that the men and women involved in what might best be described as the “heroic phase” of the neoliberal transformation of New Zealand, allowed their experiences to go to their heads. A small band of highly educated and (by their own lights) highly principled individuals had, through a judicious mixture of intelligence, audacity and raw courage, set an entire country on a radically different course.

They did not permit the near certainty that a clear majority of the population did not favour their new course slow them down for a second. As far as they were concerned, ordinary voters had no understanding of the profound issues confronting their country and were, therefore, undeserving of the veto power accorded them by classical democratic theory. The bureaucratic and political clique responsible for the revolutionary changes of Rogernomics were neoliberal Leninists who, like Lenin himself, had no intention of letting democracy get in the way of what had to be done.

As an effective method of securing radical change, “revolution from above” had much to commend it. That the Right embraced the new way of getting things done was hardly surprising, given its historical disdain for the dangerous distempers of democracy. For the Left, however, the embrace of elitism requires a more fulsome explanation. The most obvious being that elitism offered it a way out of the conundrum of an exploited working-class that consistently refused to abandon its reactionary social views and was altogether more receptive to the siren-song of radical nationalism than radical socialism.

When the Marxist student radical of the 1960s, Rudi Dutschke, came up with the idea of “a long march through the institutions”, it is difficult to avoid the conclusion that, consciously or unconsciously, he was substituting the acquisition of institutional power within capitalism for the creation of a mass working-class movement capable of confronting capitalism? His vision was of thousands of secret revolutionaries embedded in the professions, the civil service and the universities; all of them just waiting for the moment to transform capitalism’s institutions from within – so that capitalist society could be dissolved from above.

But, this optimistic vision reckoned without the power of capitalism’s institutional cultures to subvert the principles of even the most dedicated revolutionary. Dutschke failed to anticipate the risk that his Long Marchers might end up in a place where their radical social and cultural reforms, imposed on the masses from above, would end up strengthening capitalism rather than bringing it down.

Old-time revolutionaries might, themselves, have wondered about the apparent contradiction in Dutschke’s slogan. The real “Long March” was, of course, undertaken by Mao Zedong and what was left of his communist military forces. They did not, however, head off for the nearest school or university, government office or medical clinic. Their destination was the Chinese interior where they planned to regroup and refill their depleted ranks. Mao’s goal, at least until he was safely ensconced in power, was revolution from below – not above. That came later, in the form of the catastrophic “Great Proletarian Cultural Revolution”.

How then should the “Left” respond to the radical programme of social and cultural reforms about to be imposed upon the population from above by institutions of the New Zealand state? It is at least arguable that the changes planned by the Human Rights Commission and the Ministry of Education are analogous to the economic reforms formulated by Treasury and Reserve Bank officials in the early-1980s. As with those measures, there is next to no evidence of ordinary voters clamouring for the changes proposed. In 2021, those calling for restrictions on free speech, or compulsory “Unmake Racism” courses for schoolchildren, are as few and far between as working-class voters calling on Labour to embrace Thatcherism in 1984.

Real left-wingers, today, emulating the real left-wingers of the 1980s, would require those advocating top-down revolution to first obtain a bottom-up mandate.