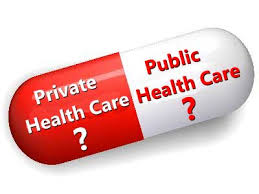 The relationship between New Zealand’s public and private health systems has long been a subject of debate, wariness and occasional controversy. Yesterday the results of a University of Otago study of patients who needed public hospital care after private inpatient treatment were reported in the mainstream media.

The main ‘take home message’ was that private hospital patients were costing New Zealand’s public system up to $11.5 million a year, equating to the cost of 760 hip replacements.

Using Ministry of Health data the study examined the frequency of public hospital admissions within seven days of a patient receiving privately funded healthcare. About 2% of private inpatient events had a subsequent admission to a public hospital. The data is as far back as the 2013-14 year but the current situation is unlikely to be markedly different.

Overwhelmingly private hospitals provide planned (non-acute) surgery and other treatments commonly known as ‘electives’. These are usually procedures that if delayed at worse inconvenience is caused unless the delay is excessively.

The reason for these patients being transferred to public hospitals after their private treatment was because their condition became acute (more due to the nature of their condition than competence). Owing to the small size of New Zealand’s population there isn’t sufficient critical mass to allow private hospitals to also provide acute care and remain profitable. There is a reason why private hospitals don’t have emergency departments.

Noting that the results said otherwise, the doctor leading the study expressed some surprise that the cost of private hospital care was not be borne entirely privately. However, I’m not surprised. To me it is logical, given the practicalities of trying to run profitable private hospitals in a country the size of New Zealand.

The study also looked at private health insurance. Over the years I’ve observed clever endeavours by health insurers to market their product as being critical to the performance of the health system. The study provides some perspective of the extent of their market.

Just over a third of New Zealanders hold private health insurance. About 5% of health spending in New Zealand comes from private health insurance and about 14% from out of pocket. If our public hospitals were much less comprehensive in the services they provide or much less accessible to those needing non-acute treatment, then private insurance holders should logically increase (providing the insurers didn’t then get too greedy and push their premiums up).

The authors of the study argue that their findings also suggest there is a risk that increasing use of the private sector may put more pressure on stretched public hospitals, crowding out those less able to afford private care and, in effect, increasing existing inequities in access and outcomes of care.

I’m unconvinced by this conclusion. If 2% of those using private hospitals require public hospital acute back-up, then it could be argued that there is another 98% of these users who aren’t using and therefore costing the public system (alternatively freeing up capacity for other patients).

However, it is correct that the public healthcare subsidises private healthcare. Private hospitals need to have accessible public hospitals in order to be able to continue in existence. I can’t think of a private surgical hospital that doesn’t have a public hospital within reasonable clinically safe proximity.

But being dependent on and subsidised by public hospitals doesn’t of itself mean that private hospitals threaten them. They will only become a threat if changes to government policy parameters both incentives and enables them to do so.