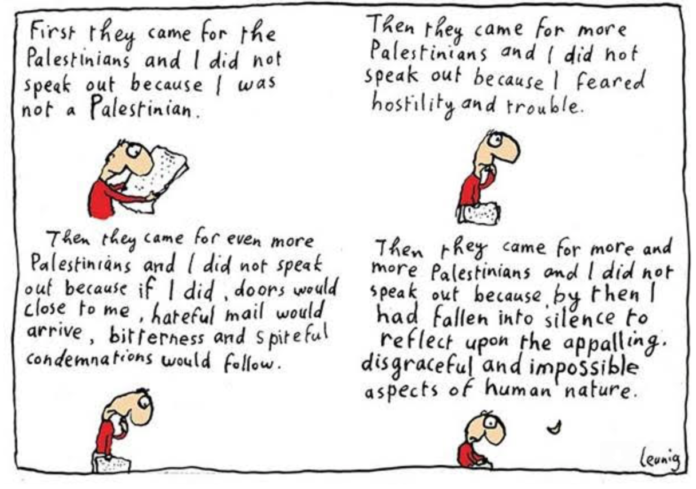 It is unacceptable to have Israel’s vaccination programme constantly misrepresented in the New Zealand media.

Israel is regularly being paraded as the world leader in vaccination rates but this hides an ugly, racist truth. Israel is refusing to vaccinate 4.5 million Palestinians under its occupation and control in Gaza and the West Bank Palestinian territories.

These people are refused vaccinations because they are Palestinian while Jews living in illegal Israeli settlements nearby are vaccinated. Israel’s actual vaccination rates are much lower than claimed and reported here.

If it were Jews being denied vaccinations because they were Jews there would, quite rightly, be an international uproar. So why no uproar when it is Palestinians who are the victims of Israel’s medical apartheid?

“must adopt and supply the prophylactic and preventative measures necessary to combat the spread of contagious diseases and epidemics in cooperation with local authorities.”

Israeli Prime Minister Netanyahu ignores this. He claims it is Palestinians’ responsibility for health services under the Oslo Accords but this is just a fig leaf for racism because, as the United Nations says, the Geneva Convention overrides any other agreements.

The denial of equal access to health care, such as on the basis of ethnicity or race, is discriminatory and unlawful”

Why is none of this being reported here?

Is it because the media implicitly accepts that the human rights for Palestinians are less important than the human rights for Jews?  Or is it the self-censorship of the media over Middle East issues because claims of anti-semitism are often fired at reporting critical of Israel (neatly summed up in this Leunig cartoon)? 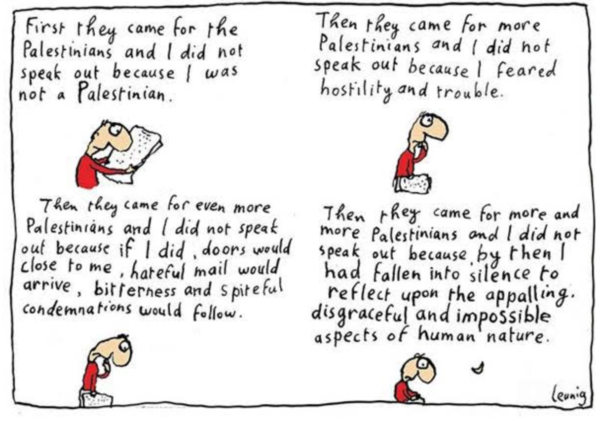 Either way the media is misreporting the situation to the New Zealand public. We deserve better.

I would appreciate receiving your response to this letter.