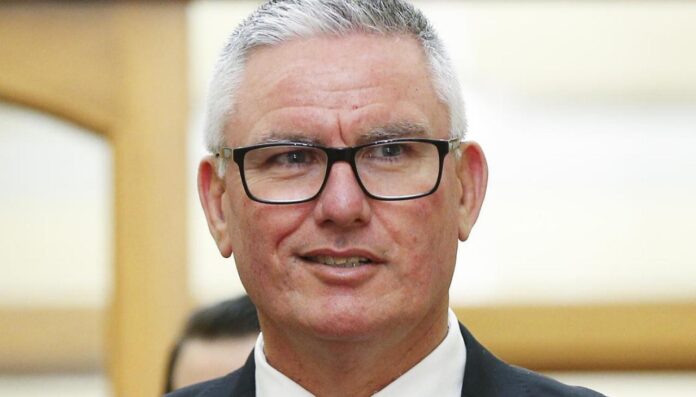 What on earth is he doing???

A prison reform group has hit back at the Corrections Minister over his claims their pamphlet on prisoner rights incites violence, saying he is simply trying to distract attention from the huge problems in the prison system.

Māori Party co-leader Rawiri Waititi is quoted in the pamphlet and tensions between him and minister Kelvin Davis boiled over yesterday in Parliament.

Davis did not mince his words as he waved the offending pamphlet he says incites violence in prison.

“The member over there is basically encouraging the incitement of disorder in prisons by saying this publication is acceptable.

“He is endangering the lives of corrections officers and it is unacceptable,” Davis said in the debating chamber.

This is so embarrassing for Kelvin and you honestly wonder who the hell is advising him.

Attacking PAPA and attempting to paint their demands for reform as riot incitement is the sort of pathetic bullshit that Simeon Brown would pull.

Kelvin was outclassed by the Māori Party over the Waikeria Prison riot and looked weak for nt fronting and negotiating an end to the issue himself.

It became clear that Corrections had not informed the Minister that the understaffing had reached such a critical point and the arse covering alongside the attempt to get the Police to shoot the prisoners will all come out in a report that is only going to make things look  lot worse, so why he seems to think blaming PAPA or the Māori Party for inciting the riot is a solution to the hole he has dug himself in is utterly bewildering.

Kelvin if you are going to try and get PAPA arrested for riot incitement, you best add The Daily Blog to that list as we have been openly asking if a prison riot is the only way the Government will actually listen to concerns about conditions since 2018.

What another embarrassing self imposed blunder.