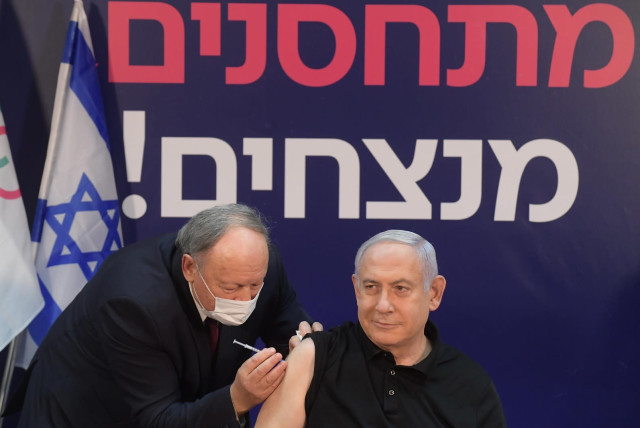 In response to Syd Jackson’s comment on ties: “I refuse to wear that white man’s noose around my neck” on my facebook page someone has replied “But it’s OK to get a white man’s vaccination in your body ????”. Without going into the deep undercurrent of racism in that response, if we follow the race path for a moment we’d have to say the leading Pfizer vaccine is not a “white man’s vaccine” but is an “Arab vaccine”.

It was developed by husband and wife team Dr Ugur Sahin and Dr Özlem Türeci, both having Turkish parents who migrated to Germany. (I assume the parents were part of the tens of thousands of Turkish migrant workers who went to Germany for the rebuild after two world wars)

But more importantly (and setting aside the profit motive which is another story) it was produced by good people for the benefit of humankind. It’s not a “white man’s vaccine” or an “Arab vaccine” any more than the coronavirus was a “Chinese virus” (according to Trump) These caricatures are politically constructed to dog-whistle racism for political purposes.

In Israel, a country whose political leaders are fixated on race, the ironies are inescapable.

In order to win next month’s election, Israeli Prime Minister Benjamin Netanyahu, after bungling dealing with the pandemic, then paid three times as much per dose as other countries to get the Pfizer vaccine first and be the first country to roll out a vaccination programme. He apparently didn’t bother that Arab scientists had produced the vaccine and neither should he. We all have a common humanity.

The irony comes because the deeply racist Netanyahu has refused to provide vaccinations to 4.5 million Palestinians (sometimes referred to as Palestinian Arabs) living under Israeli occupation and control.

Article 56 of the Geneva Convention makes plain the occupying power –

“must adopt and supply the prophylactic and preventative measures necessary to combat the spread of contagious diseases and epidemics in cooperation with local authorities.”

Netanyahu ignores this. Israel claims it is Palestinians’ responsibility for health services under the Oslo Accords but this is just a fig leaf for racism and the United Nations says the Geneva Convention overrides the Accords.

The denial of an equal access to health care, such as on the basis of ethnicity or race, is discriminatory and unlawful”

Under pressure Israel has agreed to provide five thousand vaccines when five million are needed (sic). Netanyahu’s despicable vaccination policy is not surprising because he has again and again stoked race-hatred against Arabs and Palestinians. He spits out racist venom such as describing Arabs as an “existential threat” to Israel (similar to what the Nazis said about German Jews) and says “the way to deal with Palestinians is to beat them up – not once but repeatedly, beat them up so it hurts so badly, until its unbearable”. He says Israel is “not a state for all its citizens” (20% of Israeli citizens are Palestinian Israelis) and introduced the “nation state” law two years ago which specifically denies Palestinians the right to self-determination in the land of their birth.

Netanyahu is not on his own. Race hatred dominates the rhetoric of the majority of political parties. Take Naftali Bennett for example, leader of the Yamina Party, who says “I have killed lots of Arabs in my life – and there is no problem with that” and in the last few days has compared the Palestinian Authority to ISIS.

As the Israeli election gets closer the rhetoric will get filthier. The election will be essentially about which party can be the most cruel, vile and vicious towards Palestinians.

As far as I know none of these fanatically anti-Arab politicians has refused a vaccination developed by Arabs.

The answer is for New Zealand, alongside the rest of the world, to boycott apartheid Israel just as we boycotted apartheid South Africa.