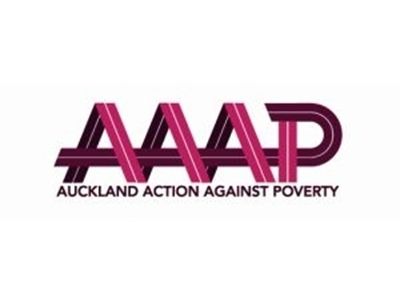 Grant Robertson revealed the Labour government’s budget policy statement for 2021 a few days ago and their books are better than expected, but there is no mention of lifting benefits to liveable levels for families living in severe hardship.

“At this point they’re complicit in keeping people trapped in hardship. They’re the government, they’re very aware of the levels of poverty that exist across the country and if they aren’t then they should reconsider their jobs. Politicians are there to serve the people and they need to start acting like it” said Brooke Stanley Pao of Auckland Action Against Poverty.

The Growing Up in NZ study of 6000 children in Tāmaki and the Waikato regions suggests around half of the families can’t afford healthy food for their babies. We know the most important developmental stages of a person’s life is within the first 0-5 years of age. What happens to our children during this time – the food they eat, the environments they’re exposed to has a huge impact on how they turn out as adults. We’re already further disadvantaging these children and families by not providing them enough to live full and comfortable lives, right from the beginning.

The fastest way to improve the lives of children living in poverty in NZ is to ensure their parents have enough money to thrive, whether that be on a benefit or paid employment.

Given the position we’re in at the moment we have the capacity to do that. We have an opportunity as a country to transform the very values from which we live in NZ. The Labour government can’t keep calling this a wellbeing budget when it doesn’t include the wellbeing of all NZer’s. We can’t prioritise the needs of some people over others. We can’t continue to leave people behind.

We’re telling the Labour government they need to increase benefit levels to liveable levels, invest in universal design public housing and iwi solutions to housing. We have everything to gain and nothing to lose from taking care of those of us who need it the most.