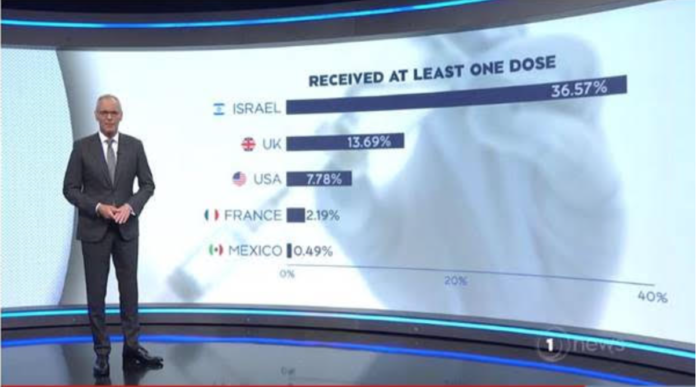 Israel is refusing to vaccinate 4.5 million Palestinians who are under Israeli occupation and control and these people are ignored in Israel’s figures.

Israel is implementing medical apartheid along with apartheid in every other aspect of daily life for Palestinians.

Israel says that under the Oslo accords the Palestinian Authority is responsible but this is a lie as we have repeatedly pointed out.

Even Palestinian political prisoners are being denied vaccines despite Israeli health officials saying they must be vaccinated.

‘The denial of an equal access to health care, such as on the basis of ethnicity or race, is discriminatory and unlawful”

This is junk journalism TVNZ – would you tell the same story if it were Jews being denied vaccinations?