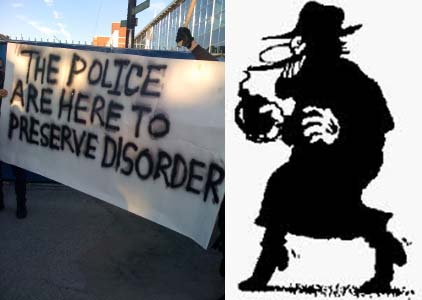 Enrique Tarrio, the leader of the Proud Boys extremist group, has a past as an informer for federal and local law enforcement, repeatedly working undercover for investigators after he was arrested in 2012, according to a former prosecutor and a transcript of a 2014 federal court proceeding obtained by Reuters.

In the Miami hearing, a federal prosecutor, a Federal Bureau of Investigation agent and Tarrio’s own lawyer described his undercover work and said he had helped authorities prosecute more than a dozen people in various cases involving drugs, gambling and human smuggling.

One of the interesting things for me when reading through the Police case against the supposed Urewera Terrorist case that was leaked online at the time was that it seemed that once Police had spent millions on illegal surveillance, they placed agent provocateurs inside the activist groups to try and constantly push for increasingly violent actions.

Send in an agent to constantly promote more violent activities, infiltrate protests and start violence all so escalation can justify a violent Police response.

Finding out that the Far Right Proud Boy movement was led by a Police informant raises a lot of questions including whether or not Enrique Tarrio was in fact an agent provocateur.

If American domestic intelligence interests have included embedding agent provocateurs into protest movements to direct them into civil unrest, we have far more to fear than Trump.

The problem with Qanon and Billy TK cultists is that they pollute the conspiracy theory space so much so that real conspiracies can occur out in full sight and no one notices.