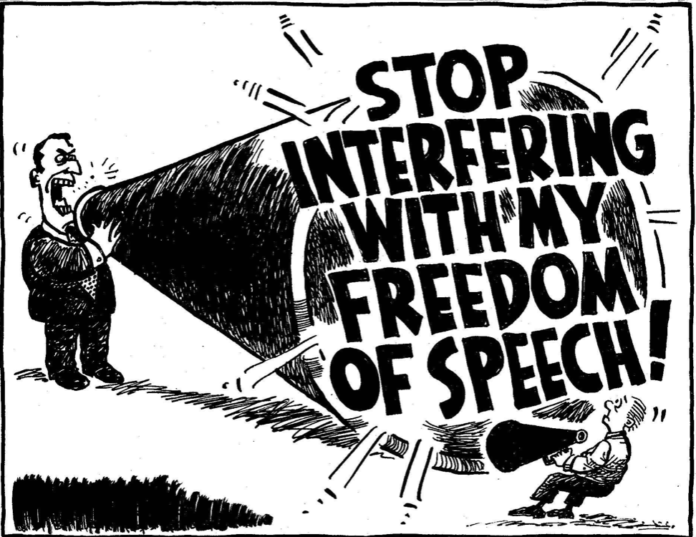 One of the rules of my page is that you cannot name call, threaten or abuse people. Sometimes when I have to remind some readers who have posted such comments that continuing to do so will get them banned they reply that I am stifling freedom of speech.
Well, no.
A moment of reflection on the fact that we have laws about defamation and slander is proof, if proof were needed, that freedom of speech and opinion in everyday life has never been absolute and arises from the underlying principle that to have a civilized society requires being civil to each other.
With regard to online behaviour we also have the Harmful Communications Act 2015 the purpose of which it states is to:
(a) deter, prevent, and mitigate harm caused to individuals by digital communications; and
(b) provide victims of harmful digital communications with a quick and efficient means of redress.
For a documentary I am currently working on I am interested in how this law is working or not working. In terms of curbing hate and hate speech for example is it fit for purpose?
If anyone has had a personal experience of laying a complaint under the HCA I’d appreciate hearing from you via a personal communication.