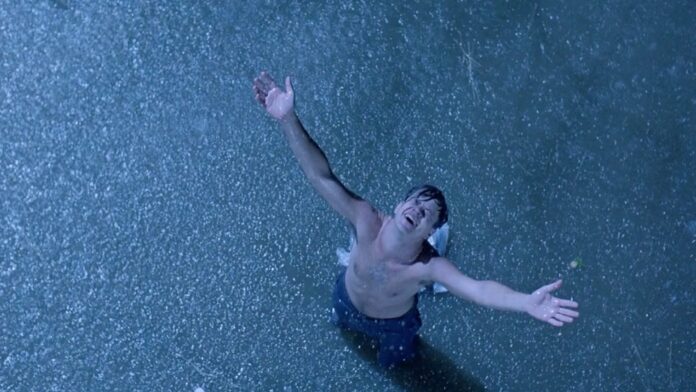 Firstly, I am extremely fortunate to be able to write this blog.  If it was not for the determination of Alan Ritchie (Parole Board Panel Convenor) and Judge Emma Smith (District Court Judge) not to just take as gospel what they were told by the Police and Corrections, but to actually take a long hard look at the proffered ”evidence” and reasons why I needed to be imprisoned as a bail risk and “undue risk” to the public I would still be in a cell at Otago Corrections Facility (known in former days as the “Milton Hilton”) on very serious drug dealing charges.

So where did all this start?  I was ordered out of my own home in Whitby in May last year.  I was not at fault but as the other person involved was not on parole  Corrections had no jurisdiction over them, they acted against me.  I was directed to reside at what I categorise as a dosshouse called (yes literally) The Setup on Manners Street in central Wellington.

As I quickly discovered the place had many drug addicts and alcoholics living there and was a hotbed of crime, which I was trying to stay far away from.  I tried to spend as little time as possible there.

In short order the MSD property broker responsible for the place, former corrections officer Dean Brosnahan, who was charged with growing cannabis at his home while employed as a manager at Rimutaka prison, sent emails to my probation officer Jayden Southon stating  I was:

As I told the parole Board, if I received a recall application with attached affidavit on oath making these claims, I would have ordered my recall. The application was made ex parte which means the only side presented is Corrections and/or the Police’s.  This meant I was unable to make submissions or test the so called “evidence”.

When I eventually got a hearing in July 2020, the allegations were  not able to be substantiated (even on the low standard of proof required by the Board)  so I was released after 6 weeks in Manawatu prison near Palmerston North.  It subsequently eventuated Dean Brosnahan had not been properly vetted when hired by MSD (at the time he was awaiting trial for other serious issues).

He has now been sacked.  Corrections should have known all about Dean Brosnahan as he had left Rimutaka prison under a cloud.

Fast forward nearly 6 months to December 2020 and I am living quite happily in Dunedin with my friend hazel Heal and her family. Even the local probation service concedes there have been no problems with my parole.  On 4 December Corrections makes another ex parte recall application for my recall.  Alan Ritchie refuses to issue a warrant for my arrest …he wants to see evidence, especially in view of his knowledge of the history relating to me.  He was Panel Convenor at the Board that ordered my release in July.

The same cop from the so called “Wellington organised Crime Unit” that appeared at the July hearing had laid 12 charges against me alleging that between February and June 2020 I was a drug dealer (“P” and “GBL”) in Wellington.

You might find it interesting that I had not been charged earlier as all her allegations relate to police interpretation of what is said in texts…e.g., “organising 10 pigs for the tangi”  is allegedly 10 ounces of methamphetamine!  And “orange juice” is GBL!

Among the allegations were:

On the 12th of April 2020, the defendant was in possession of 8 ounces (226 grams) of the class A controlled drug methamphetamine, for the purpose of supply.

On the 24th of April 2020, the defendant supplied 1 litre of the class B controlled drug, Gamma-Butyrolactone.

One major problem with all this is I was not in possession of any methamphetamine – ever – and never supplied any GBL to anyone ever.

No one, apart from this cop on the WOCU, says I did and there is no evidence except these cockamamie interpretations of text messages. Don’t you think if I were really “in possession” of these drugs in April I would have been arrested? Specially as police admit they have had the texts in question since 5 June.  You might now understand why both the parole Board and Court were a teeny bit sceptical about these allegations.

Having been firmly rebuffed on 4 December by Alan Ritchie, Corrections waits another week and makes an ex parte application to Neville Trendle (ex-cop legal adviser who I have had several run ins within the past) who issues a warrant for my arrest on precisely the same charges the made they used as the basis of the rejected ap[plication 4 weeks earlier.

I am arrested on that warrant at my Dunedin home on 12 December and taken straight to prison without a hearing of any kind.  I  suspect it was timed for the Xmas vacation when the courts, lawyers  and everything else an accused person needs are shut down so extremely difficult to get a hearing or justice.

The law requires a full hearing within a month. The Board held mine on 7 January and it went on for 3 hours plus.  The cop who was making the allegations failed to show despite  my requesting she appear for cross-examination.  In the end all we had was hearsay from Corrections.

Corrections hired Sally Carter from Luke, Cunningham and Clere (Chris knows what that cost) to prosecute me.  Sally is a very able and highly experienced lawyer who tried her best make a prize omelette out of a rotten egg.  To no avail as Alan Ritchie chaired the Panel and he was fully aware of what had happened previously.  After hearing the :”evidence” and weighing everything up, I was ordered to be released on 13 January back to my Dunedin home.

I had yet another hurdle to clear before regaining my freedom. I now had to convince the Court to release me on bail.  The Bail Act has a reverse onus where I had to prove I was not going to interfere with witnesses (there are none) apart from police, appear for trial  and not “reoffend”.  There was a mammoth hearing in front of Judge Emma Jones on Friday 8 January where eminent counsel Anne Stevens QC managed to convince her Honour of just that.

My luck (or good Karma) had held out again and we had a judge who was not prepared to take things at face value and wanted something concrete before, at the age of nearly 65, she was prepared to take yet more of my life away by way of imprisonment.

So here I am back at home, enjoying the beautiful sunshine we have had here in Dunedin after I got out (I see it as the Heavens smiling,  after weeks of rain, that I am free again!)

However, this is not over, I now must defend myself at trial because the WOCU will push on with these charges despite the massive public funds it is going to cost and the waste of previous court time and judicial resources.

The silver lining that came out of this is there was massive public support for me (which I am eternally thankful for)…I received numerous emails at the prison and complete strangers generously donated money.  I am still fearful that, having failed to keep me imprisoned, the WOCU will be sitting back concocting some other “setup” or “frame” to have another go.

In the meantime, I am incredibly grateful for every day I can sit back enjoying the sunshine and being free and that we have people like Alan Ritchie and Judge Emma Jones willing to uphold fairness and honesty in the judicial/court system no matter if it offends and upsets certain police/corrections staffers.Arthur Taylor 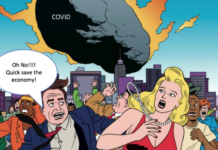 Will underfunded NZ Public Health screw up vaccine roll out? 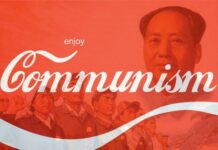 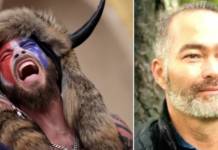