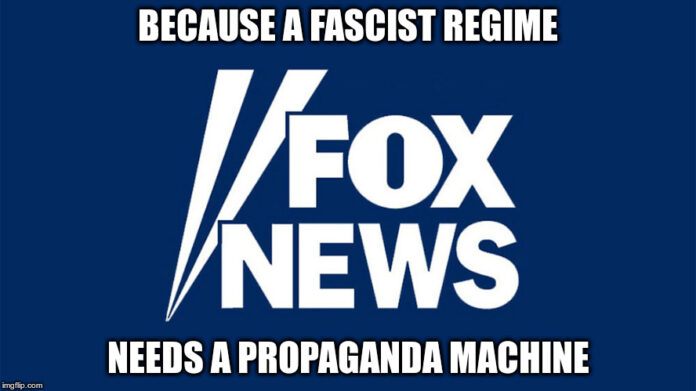 LOS ANGELES (Reuters) – Fox News Channel, which ended 2020 as the most-watched network in all of basic cable, finished third among cable news channels last week as power shifted in the U.S. Senate and rioters stormed the U.S. Capitol, Nielsen data showed on Tuesday.

…there is a delicious dimension to the ratings meltdown at Fox, they are losing moderate Republican viewers who have backlashed in disgust at the Orange Lives Matter Insurrection while hilariously losing their far fringe fanatic viewership who think Fox News is now the socialist enemy!

Watching Fox News since the putsch has been a journey into sophistry.

The competing backlashes between those who blame Fox for empowering Trump and those who don’t think Fox have done enough is glorious.

Fox pundits have been drowning an air as they’ve attempted to frame any criticism of the riot as means to humiliate Trump supporters, that’s right these sanctimonious clowns who fed the lie of voter tampering are now playing the victim!

To truly appreciate the corruption of Fox, imagine if it had been Obama who had spoken at that protest and incited a riot, does anyone honestly believe that Fox would be defending Obama or minimising his words?

Does anyone honestly think Fox would be defining the difference between a Democrat and those who rioted?

Does anyone think Fox would criticise any impeachment attempt?

Fox’s obvious double standards are a disgrace and everyone working there should feel ashamed and be shamed.

Fox helped build Trump and they actively have fed this madness inside America for too long.

The vile ocean of ignorant rage they have nurtured has finally turned on them, and it’s wonderful to watch.