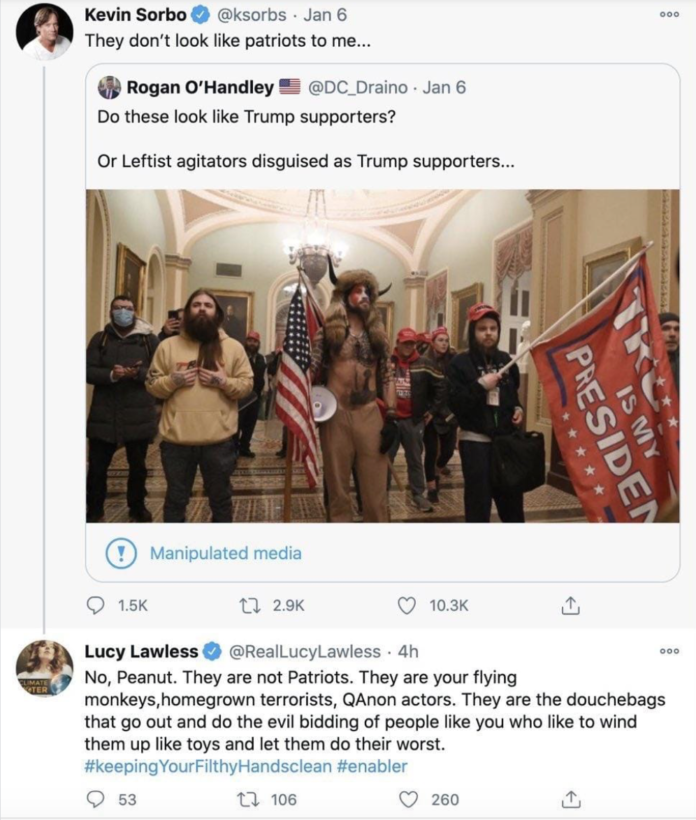 She is such a fucking legend!

The attempt by so many enablers of Trump’s Qanon fantasy world to try and claim ‘this wasn’t us’ is the most disturbing sophistry that has come out of this madness!

Fox News, Trump, Republicans and social media – THEY enabled this for 4 years and they all had a hand in creating the madness we saw.

Attempting to claim this was really Antifa and BLM activists under cover to make the Right look bad is a level of denial we shouldn’t tolerate for one second.

Fuck him and fuck his insane followers!

While there certainly was some serious and unacceptable violence meted out by a tiny proportion of BLM & Antifa activists, you could understand the provocation and righteous grievance they had when that violence erupted.

That’s not justifying the violence, but there are reasons it happened which are legitimate to take on board when passing judgment.

HOWEVER those fucking Qanon lunatics who believe a freak show-of nonsense- to even attempt to conflate BLM and Antifa violence to their Orange Lives Matter Insurrection is fucking sophistry of the highest order. You are at best being disingenuous in your comparison.